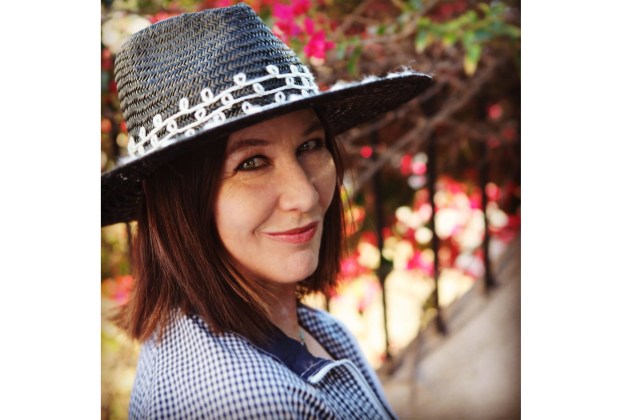 The spring finale of Thacker Mountain Radio Hour will take listeners back to the 80s.

The local radio show will conclude its spring season on Saturday with a special appearance by Kathy Valentine, bassist for rock group The Go-Go’s. Valentine will read from her new memoir, “All I Ever Wanted,” and play songs from her new solo album that goes by the same name.

Texas novelist Paulette Jiles and blues slide guitarist Harlem Slim will also appear on the show. Each guest will perform remotely via self-recorded performances. The show is hosted by Jim Dees.

Due to COVID-19 and health concerns, the radio show suspended audience-attended live shows at Off Square Books and the Lyric for the remainder of its April schedule. The weekly radio show has continued with shows originating in its studio.

“Our sound engineer, Jeffrey Reed, has a world-class studio, Taproot Audio Design, in his house,” Dees said. “Most of our cancelled guests still want to promote their new books and records. So our producer, Alice Pierotti, encouraged them to send in their performances, do-it-yourself style. We’re really excited Kathy Valentine of the Go-Go’s responded with a reading from her new book and new music.”

The show will broadcast Saturday, April 25 at 7 p.m. on Mississippi Public Broadcasting, which can be heard on 90.3 FM in Oxford, and at 9 p.m. on Alabama Public Radio.

Thacker Mountain Radio Hour is currently scheduled to resume its live shows at Off Square Books with audiences in early September. More information can be found at thackermountain.com.

The quarantine life has lasted for nearly a month in Oxford, and families have been scrambling to find ways to... read more