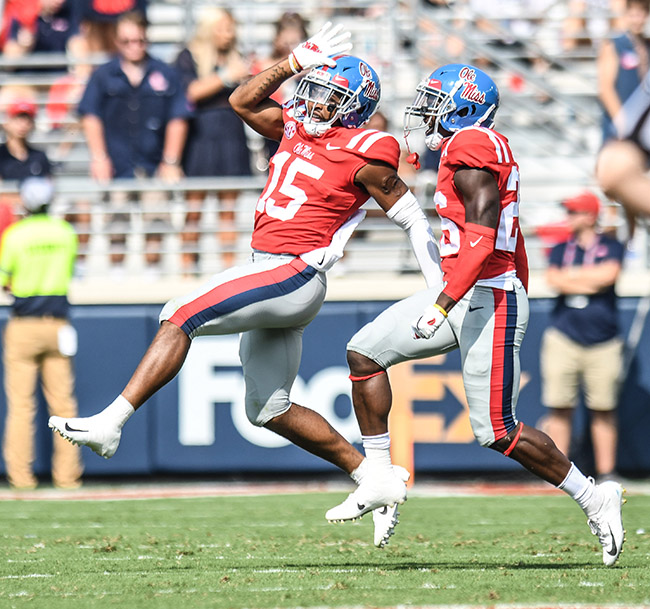 Despite not hearing their name called during this past weekend’s NFL Draft, six Ole Miss players quickly found a new professional home.

Defensive standout Benito Jones and running back Scottie Phillips were the first two Rebels to receive UFA deals. Jones signed with the Miami Dolphins, while Phillips signed with the Houston Texans minutes after the draft concluded on Saturday.

“Another interesting part to my story UFA. Proud to be a part of @HoustonTexans,” Phillips tweeted soon after the draft.

The Pittsburgh Steelers picked up Coatney, while the Carolina Panthers signed Hartsfield and the Kansas City Chiefs signed Julius. Julius joins former Ole Miss quarterback Jordan Ta’amu, who signed with the Chiefs in March after the XFL closed its doors due to COVID-19.

The Panthers were not finished with the Rebels, signing Austrian Robinson on Sunday. The 2019 Chucky Mullins award winner and will fight for a spot on the Panthers’ roster, along with former teammate Hartsfield.

This year’s draft was the first time since 2013 that the Rebels did not have a player selected, and only the third time since 2000.