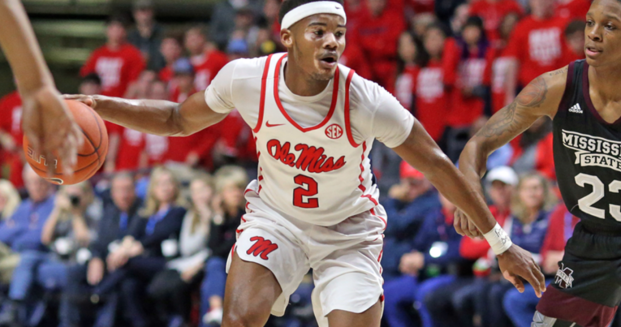 What was considered a foregone conclusion by many was confirmed on Monday.

Devontae Shuler announced on his Instagram account he will return to Ole Miss for his senior season and give Kermit Davis more veteran leadership on the court.

“I appreciate Ole Miss fans for everything they have done for me these past three years in one of the best conferences in college basketball,” Shuler’s post read. “I had the chance to experience March Madness with you guys. This was one of the hardest decisions to decide during my journey, but I would like to make another run for my senior year and show my ability 100-percent before I advance to play pro basketball.”

With Shuler returning, he will be joined on the court by senior Bryce Williams, Ryder transfer Dimencio Vaughn, sophomore Austin Crowley and former Oxford High School standout Jarkel Joiner. Joiner transferred from Cal State Bakersfield and had to sit out during the 2019-20 season.

Despite not hearing their name called during this past weekend’s NFL Draft, six Ole Miss players quickly found a new... read more