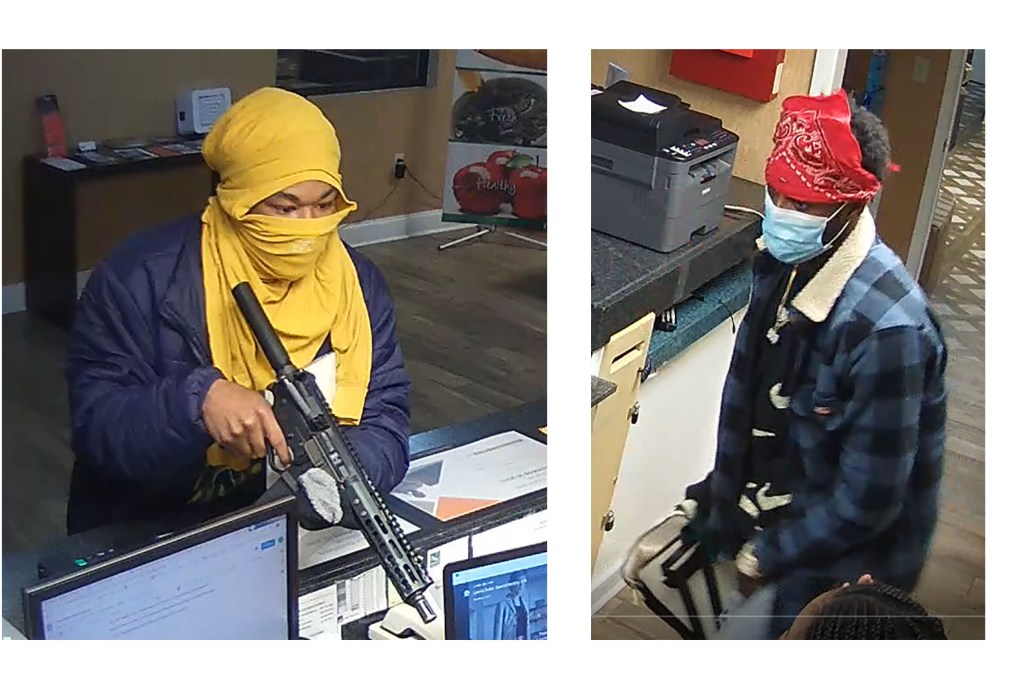 The Oxford Police Department is looking to identify two suspects who robbed a motel on Saturday.

At approximately 9:30 p.m. on May 2, a gray Honda Accord pulled up to the Quality Inn & Suites located at 1808 West Jackson Ave. and two armed males entered the motel and began to rob it. It is not known how much money the suspects left the business with.

The Honda Accord has a “significant” dent on its right rear quarter panel, according to OPD.

OPD is asking anyone who feels they may have any information to call the Lafayette County Crime Stoppers at 662-2348477 or call OPD at 662-232-2400 and ask for Corporal Marcus Wilson or Sergeant Shane Fortner.