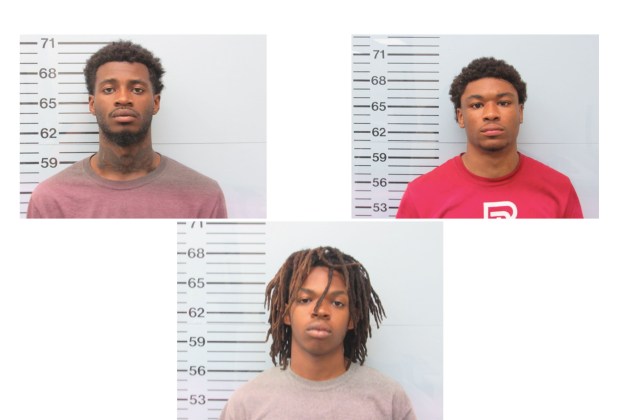 Arrests made in weekend robbery at Oxford motel

Four days after an Oxford motel was robbed at gunpoint by two masked individuals, the Oxford Police Department announced the arrest of three men involved in the incident on Tuesday.

At approximately 9:35 p.m. on May 2, OPD responded to the Quality Inn & Suites located at 1808 West Jackson Ave. after receiving a report of armed robbery. When officers arrived, they found evidence that two suspects entered the motel, robbed the clerk at gunpoint and stole the cash register. Investigators were able to retrieve footage from the motel and posted the images on their social media accounts.

Within two hours of posting the images, information began to come in regarding the identity of the two suspects, according to OPD.

Warrants were issued for Geramy Drummer, 23 of Rosedale, and Javarione Kelly, 18 of Rosedale on the morning of May 3. The pair was arrested on Monday, May 4, by the United States Marshals Gulf Coast Regional Fugitive Task Force near the Mississippi-Tennessee state line. The pair was then transported back to Oxford.

After investigators conducted initial interviews with Drummer and Kelly, an arrest warrant was issued for a third suspect identified as Jatorey Moore, 18 from Rosedale. Moore was identified as the driver of the gray Honda Accord used during the robbery, according to OPD.

Moore was taken into custody late Monday evening by the Fugitive Task Force in Bolivar County.

“We would like to thank the Quality Inn staff for their cooperation and the many phone calls and social media tips that we received,” said Oxford police chief Jeff McCutchen in a statement. “This case is another example of law enforcement and community partners working together to keep our streets safe.”

The Oxford Police Department is looking to identify two suspects who robbed a motel on Saturday. At approximately 9:30 p.m.... read more