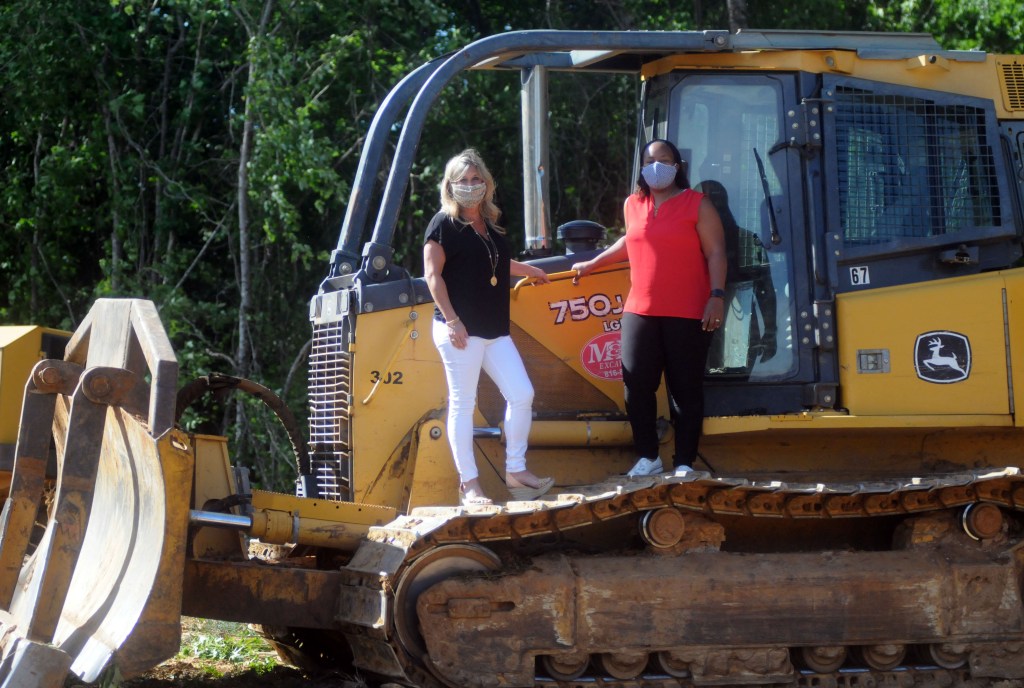 Nearly two years ago, one of the first affordable housing developments in Oxford broke ground.

To commemorate the groundbreaking of phase one of Belle Rivers, Oxford Mayor Robyn Tannehill and the late Ulysses “Coach” Howell posed on a bulldozer. Howell was the Ward IV alderman at the time.

Last May, Howell died suddenly after suffering a massive stroke. His daughter, Kesha Howell-Atkinson, won the special election to fill her late father’s seat on the Board of Aldermen and on Friday, she was able to honor her father once again.

Atkinson posed with Tannehill in nearly the same manner her father did to commemorate the groundbreaking on phase two of the Belle Rivers development. Affordable housing was an issue Howell, and now his daughter, worked to remedy in Oxford over the past couple years.

“It allows me to actually get to witness and be a part of what he started with the Board of Aldermen and Mayor Tannehill,” Atkinson said. “To be a part of the finished product and to see the light at the end of the tunnel means a whole lot to me.”

The Oxford Housing Commission has worked to make affordable housing a reality since the formation of its executive committee in February 2019. In May of last year, the Commission held an Affordable Housing Summit to get community input.

Last September, the Belle Rivers development began filling its 48 units with new applicants and reached 100 percent occupancy within seven weeks. Phase II of the development will have roughly 46 units constructed on the back end of Phase I.

The Board of Aldermen approved affordable housing incentives for Phase II earlier this year, which consisted of waiver of city development review fees, waiver of bonding requirements, waiver of tree mitigation fees, wavier of building permit fees and waiver of utility connection fees.

The city fees would have otherwise cost $83,8227, according to developer Stewart Rutledge.

“For three years, our Board has made affordable housing a priority,” Tannehill said. “Unfortunately, two years ago (U.S. Department of Housing and Urban Development) changed all the rules, and so it made it even more difficult in a market that was already pricing itself out of affordable housing. So it’s made it that much more difficult, but with great partners like LOU Homes and the Oxford Housing Authority, we’ve still been able to make it a reality.”