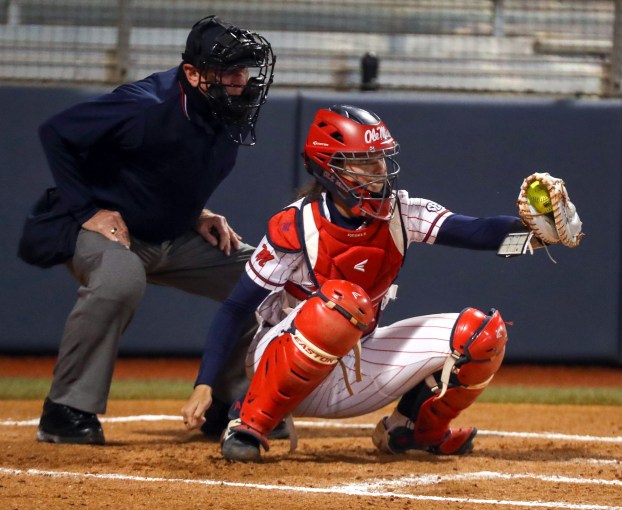 In a post titled “Rebels’ Tribune,” Autumn Gillespie announced her intention to return for another final season in 2021. The Ole Miss catcher is the first Rebels player to take up the NCAA’s offer of an extra year of eligibility due to the COVID-19 pandemic.

A month into the spring season, the Southeastern Conference suspended all competitions and practices on March 13. The decision became permanent a few days later, leaving in its wake what many seniors across the country felt was a final season taken from them.

The NCAA voted in favor of granting an extra year of eligibility to spring sport athletes, giving seniors an option to return for a true final season next year.

“I am so happy to announce that I will have another amazing opportunity to wear Ole Miss across my chest as I am taking full advantage of my extra season of eligibility,” Gillespie wrote. “Quite honestly, this was one of the easiest decisions I’ve ever made. I could not imagine passing up the opportunity to compete with the Rebs one last time.”

Trachsel will have some stability behind home plate in her inaugural campaign at Ole Miss, as well as added boost on offense. Despite the Rebels’ sluggish start to the 2020 season, Gillespie was a bright spot, hitting .349 in the 25 games that were played before the season was cut short. She had also hit five home runs, tying her career season high.

Defensively, Gillespie successfully threw out four out of 13 runners who attempted to steal a base on her in 2020. She also had 18 assists and 111 putouts.

“My time in Oxford has been so special, and even though it hasn’t always been easy, I wouldn’t trade it for the world,” Gillespie continued. “Rebel Nation has always treated me with so much love and respect and I appreciate every single person who has supported me on my journey.”

Gillespie will return to school in August to earn her master’s degree in sports and recreation administration.

The sports world has been on pause for nearly two months due to the COVID-19 pandemic. While some organizations have... read more