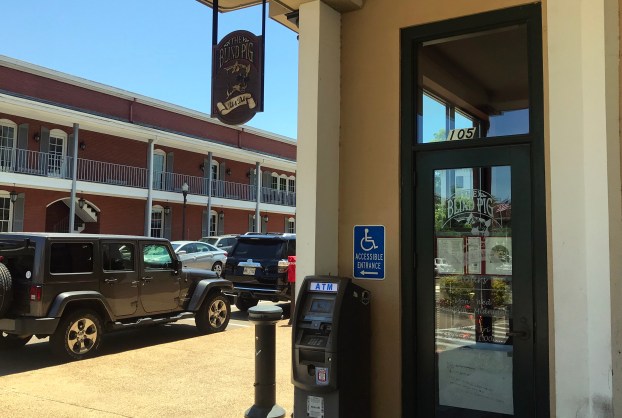 The Blind Pig restaurant announced on Monday they would not be reopening this week and will remain closed for the next 2-3 weeks as a precautionary measure following an employee testing negative for COVID-19. (Jake Thompson/Oxford Eagle)

The Blind Pig to remain closed as a cautionary measure

Oxford restaurants were allowed to reopen their dining rooms this week, with restrictions, but The Blind Pig was not one of them.

After revealing on May 8 that an employee was awaiting the results of a COVID-19 test, the restaurant announced through social media that it will not open for the foreseeable future after that employee ended up being hospitalized.

The restaurant announced through a Facebook post on Monday that the employee’s test came back negative, but that the individual was admitted to the hospital on Sunday due to “complications.”

“Due to this sudden turn, we can’t open this week in good conscious (sic.),” the post read. “We will be CLOSED for the next 2-3 weeks for our staff to self quarantine and for our restaurant to be deep cleaned.”

Restaurants were allowed to reopen their dining rooms, effective at 8 a.m. on Monday, after the Board of Aldermen voted to reopen them along with barbershops and salons and other close-contact services as part of the next step in the City’s “Serving Oxford Safely” recovery plan. Governor Tate Reeves announced all restaurants across the state could reopen while following strict guidelines on May 7, but Oxford’s Aldermen decided to wait through the week before deciding when to reopen restaurants in the city limits.

Several other restaurants located on the Square are remaining closed until further notice out of precaution and for the safety of their employees and customers, including Ajax Diner, Proud Larry’s and Saint Leo Lounge.

The University of Mississippi’s School of Journalism and New Media has found its interim leader. On Friday, Provost and Executive... read more