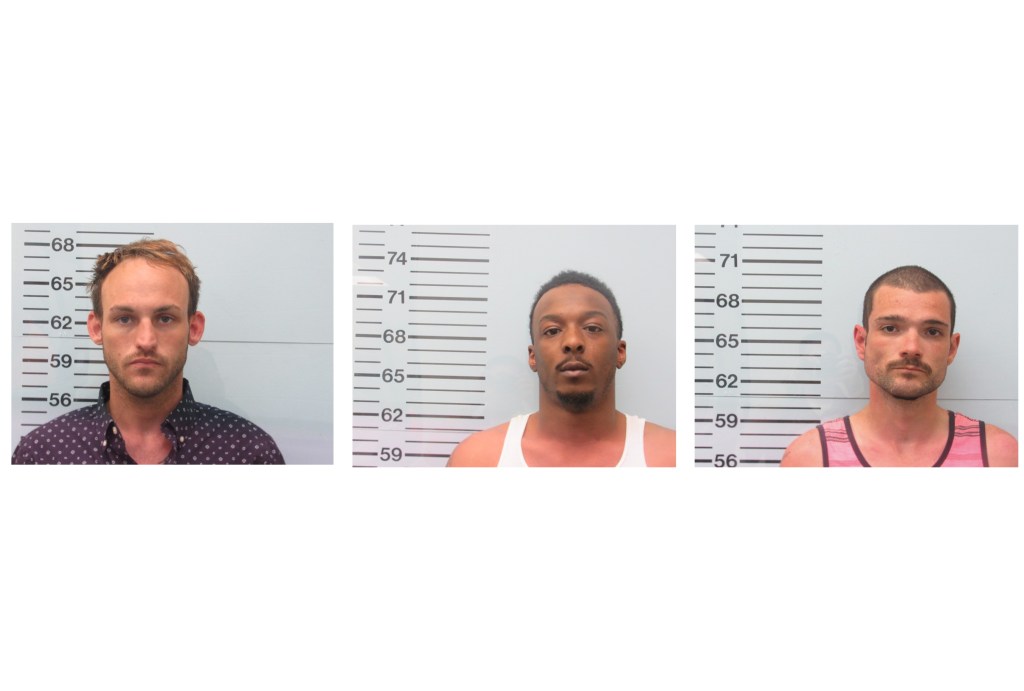 Officers with the Oxford Police Department took a report of an auto burglary on May 9, when a firearm was stolen from the victim’s vehicle on Old Taylor Road.

Investigators began gathering video footage of the area on May 11 and were able to identify Tony Joyer, 27 of Oxford, and Eric Straussberger, 32 of Camden, Mo. Both males were seen later that day around Old Taylor Road and taken into custody by investigators and officers.

The investigators were able to determine where the stolen firearm went and obtained an arrest warrant for Demetrious Bogard, 27 of Oxford. Members of the Lafayette County Metro Narcotics Unit, along with investigators and officers of OPD, were able to locate Bogard at a local motel. Bogard was taken into custody and transported to the Lafayette County Detention Center.

The Mississippi Department of Corrections also placed a hold on Bogard.