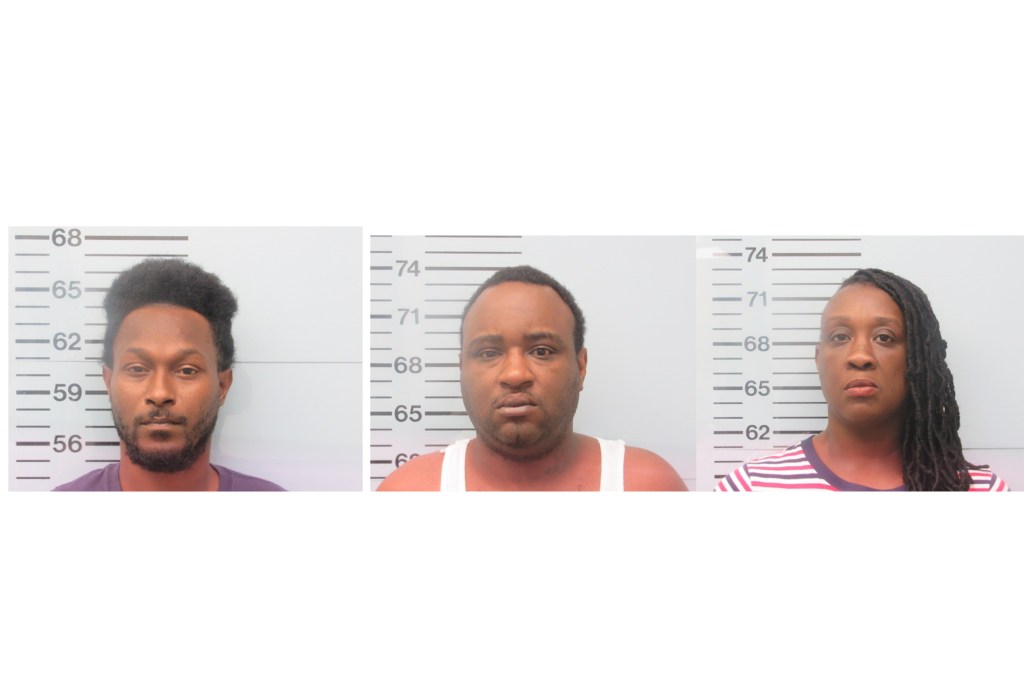 Officers with the Oxford Police Department took a residential burglary report on May 12. Investigators arrived to the scene and were able to identify the individuals responsible. A search warrant was then obtained for a nearby residence, where investigators were able to locate the stolen items once inside.

The individuals living at the residence the investigators searched were identified as Marc Bowen, 33 of Oxford, Corey Brown, 37 of Batesville, and Shaba Brown, 42 of Toledo, Ohio. All three were taken into custody and transported to the Lafayette County Detention Center.

Corey and Shaba Brown had active warrants out of DeSoto County and holds were placed on them. The Mississippi Department of Corrections placed a hold on Bowen.