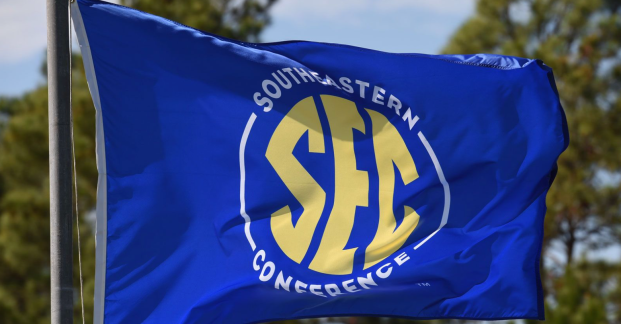 The Southeastern Conference is set to knock the first domino down regarding the return of collegiate-level sports.

Reports surfaced on Thursday stating conference officials will take a vote on May 22 on whether or not to open athletic facilities back up on June 1. It would be the first step toward some semblance of a football season taking place on schedule, or at least close to it.

The SEC shut down all athletic activities on March 13 due to the COVID-19 pandemic. Next week would be the first formal action taken toward practices and workouts resuming.

SEC commissioner Greg Sankey spoke with ESPN, but would not go as far as to confirm the vote taking place. Sankey did acknowledge some form of action must be taken before the end of May.

“At some point prior to May 31, we’re going to have to make a decision,” Sankey told ESPN. “You’ve seen information comes out when decisions are made, as opposed to prospecting about what may or may not happen. I think that those who suggest that this particular date or that particular date miss that we’re meeting regularly with our membership to make decisions.”

While the league’s commissioner is not confirming, or denying, the reported May 22 vote, other conference administrators are discussing it. According to the St. Louis Dispatch, Missouri athletic director Jim Sterk acknowledged next week’s vote during a video conference with local media. Verge Ausberry, LSU’s executive deputy athletic director, also discussed the vote during a video conference with the Louisiana Economic Task Force on Thursday, according to the Baton Rouge Advocate.

With May halfway over and the summer months looming, key dates are getting closer regarding starting college football on time in September. Ole Miss athletic director Keith Carter said he’s had July 1 in his mind as an important date to getting student-athletes back to campus and not affecting the fall sports calendar.

Regardless of when the vote is taken or when the athletic facilities are allowed to reopen, the SEC will be guided by a medical task force. The Return to Activity and Medical Guidance Task Force, which the SEC announced on Thursday, will consist of medical professionals representing all 14 universities and will work with the conference as it prepares to return to athletics activities.

“As the Southeastern Conference office continues to closely monitor and learn about COVID-19 and associated public health information, this task force of medical professionals has begun to provide the guidance necessary to make decisions related to the return to athletics activities for SEC student-athletes and to assist in our collaboration with colleague conferences in determining a safe return to athletics competition,” Sankey said in a statement. “The expertise of these medical professionals is playing an important role in our continuing focus on the health and well-being of SEC student-athletes.”

The task force began meeting via teleconference in April, and updates from those meetings are given to SEC presidents, chancellors and athletic directors.

When the COVID-19 pandemic hit Oxford, life was put on hold for everyone, including those involved in sports and programs... read more