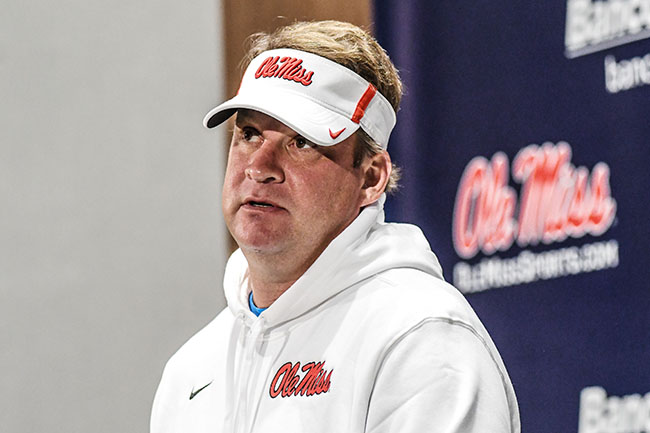 Transportation from LAX will not be a problem for Ole Miss head coach Lane Kiffin in 2025.

Ole Miss announced a home and home series with Southern California on Monday.

The two games will be the first time the programs have faced each other in either schools’ history. The Rebels will be making their first trip to Los Angeles Memorial Coliseum on Aug. 30, 2025, while the Trojans will be experiencing Oxford for the first time on Sept. 19, 2026.

“USC will always be a special place to my family and me, and we were excited to finalize this series,” Kiffin said. “This will showcase two of college football’s greatest game days, and we look forward to this meeting down the road.”

The 2025 trip to Los Angeles will mark only the third time in program history that Ole Miss has played in the state of California. The first time was at Fresno State in 2011 and at California in 2017.

Ole Miss has now scheduled at least one Power Five opponent through the 2027 season. All scheduled non-conference opponents for future series are listed below: