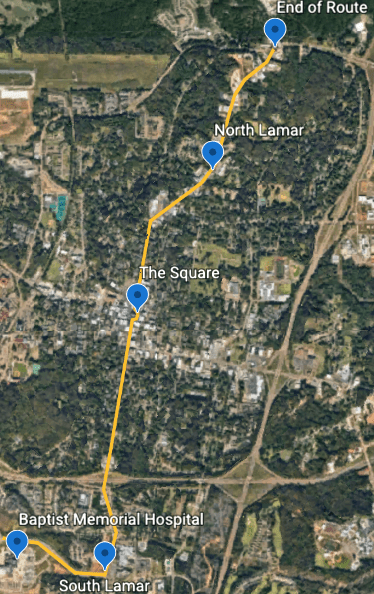 A parade honoring the Deputy U.S. Marshal shot in the line of duty on May 15 will begin at Baptist Memorial Hospital-North Mississippi and end on North Lamar Boulevard, north of the Square.

Deputy U.S. Marshal Bob Dickerson has been recovering at Baptist Memorial Hospital-North Mississippi and will be deemed healthy enough to leave the hospital on Friday, May 22 one week after a near-death experience.

Last Friday, Dickerson was shot in the line of duty while helping to apprehend an Arkansas murder suspect who was traveling through Oxford. Dickerson was identified by Mayor Robyn Tannehill during Tuesday’s board of aldermen meeting.

To honor his heroism, local, state and federal law enforcement officers will escort him from the hospital through the city of Oxford for a hero’s parade. The parade is expected to begin around 1:30 p.m., according to a release from the Oxford Police Department.

OPD is asking the community to join them on their route as they honor Dickerson for his heroism and celebrate his recovery. The parade will begin at the hospital and end on North Lamar Boulevard, past the Square.

Members of the community and media are asked to not come to the hospital, because the area will be closed for family members and law enforcement officials.

OPD will provide updates on any changes and estimated time of departure on their social media accounts.