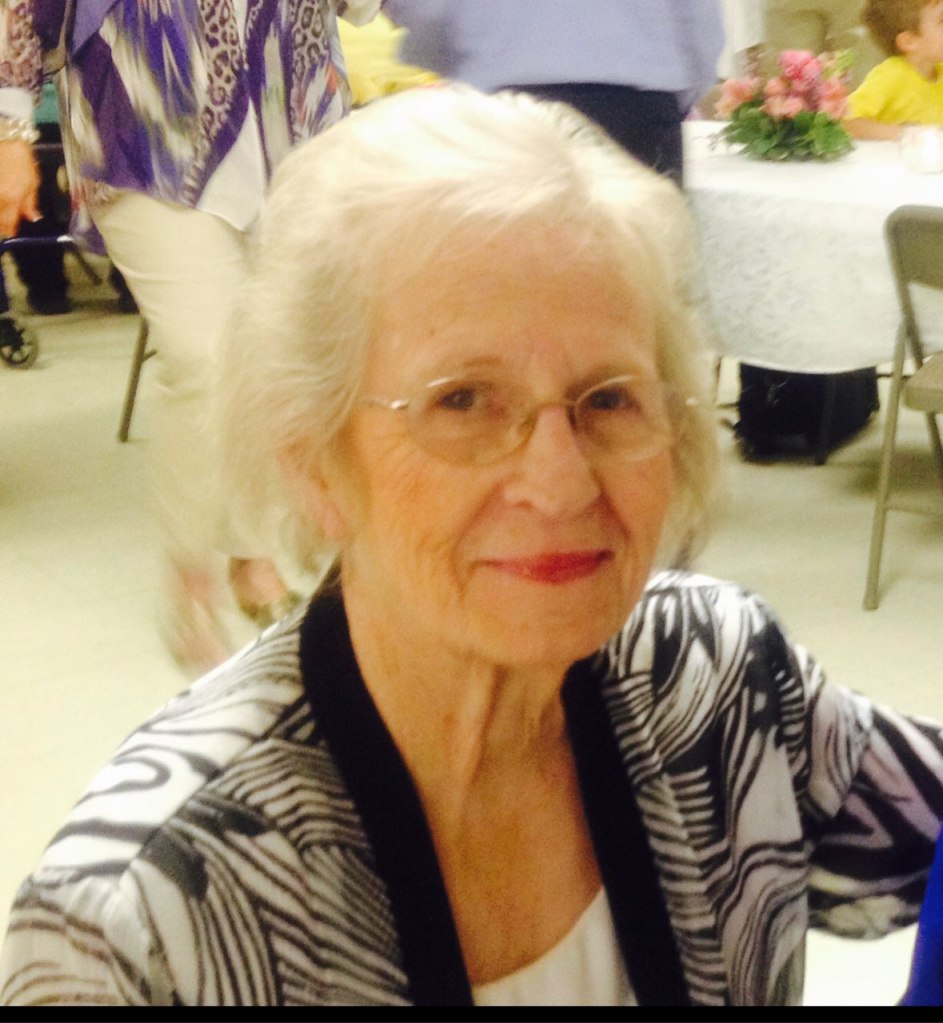 Polly Matthews Gordon was the epitome of a southern lady with the grace and charm few possess together. She was able to make sad days into happy ones and influence countless lives and careers of her students. Mrs. Gordon entered into her eternal home on Wednesday, May 20, 2020, at her home in Union.

Born November 15, 1934, in rural Neshoba County, Mrs. Gordon, who originally had planned a career helping her parents manage their supermarket in Union, but instead spent 53 years as an educator. After initially completing her Associate of Arts degree at East Central Community College (Decatur), Polly finished the requirements for a baccalaureate degree in business from Mississippi College in Clinton.

On May 27, 1956, she married the love of her life, Attorney and USAF veteran, Marcus D. Gordon and moved to Oxford to help her husband complete the requirements for baccalaureate and masters programs in business and law, and a later Juris Doctorate in Law. Convinced by many at Ole Miss to enter teaching, Mrs. Gordon began teaching at Thaxton (Pontotoc County) and Taylor (Lafayette County) and earned a Master’s Degree from Ole Miss in Business Education and returned to Union as the business education teacher at Union Special Municipal Separate School District. In 1978, Mrs. Gordon completed the requirements for a Specialist in Education from Mississippi State University and later coursework equivalent to a doctorate in education. In 1967, she was asked by the district administration to become the guidance counselor for Union High School and completed her career as the longest serving educator in the history of Union Public Schools, retiring in 2009 with a combined 53 years in education.

Mrs. Gordon was very active in the Union community, serving as long term President of the Union Present Day Club and the Xi Chapter of Delta Kappa Gamma, and other civic offices at the local, state and national level. Polly was also active as a life-long member of Bluff Springs Church of God in Union, serving as the church music director for many years. In 2015, Mrs. Gordon was recognized for many contributions to better the lives for all that knew her when she was named the East Central Community College Alumna of the Year.

Mrs. Gordon was preceded in death by her husband, Judge Marcus D. Gordon, of Union; her brother, Dr. Milton D. (Bud) Matthews, of Ridgeland; her parents, Hugh and Pauline Germany Matthews; nephews, Rex Gordon, Jr. and Dr. Carl Gordon, of McMinnville, Ore.; and countless cousins, students, teachers, and administrators that were the equivalent of her siblings.

A graveside service following COVID 19 guidelines will be conducted at 2 p.m. on Sunday, May 24, 2020, at the Union City Cemetery with Dr. Jon Martin (First Baptist Church Union), Reverend Marshall Stokes (Bluff Springs Church of God), and retired Church of God minister, Reverend Paul Ninemire, of Oak Grove, La. officiating. A memorial service will be planned at a later time to celebrate the life of Polly Matthews Gordon.

Pallbearers include Mike Driskell, Joey Ezelle, and Trent Hanna all of Union, Tommy Matthews, of Vaiden, Don Brantley, of Louisville, Dr. William Wade, of McCool, Prentiss Parker, of Philadelphia, and Van Hagan, of Jackson. Honorary pallbearers include Steve Nelson, of Union, Roger Whitlock, of Union, Norman Carter, of Philadelphia, Gary Pinson, of Little Rock, and past and present members of the Union Present Day Club, the Xi Chapter of Delta Kappa Gamma, and past and  present administrators, faculty and staff of the Union Public School District.