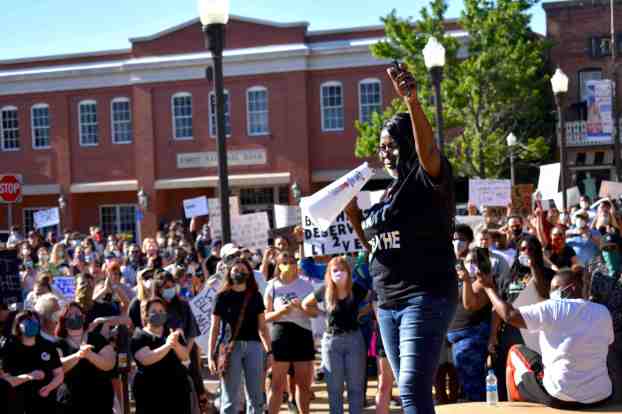 Peaceful March to take place on Thursday in Oxford

A second protest march for the LOU Community will be held on Thursday, June 4, at 7 p.m.

The march will start at Oxford City Hall and end at the Gertrude Ford Center on the University of Mississippi campus.

The march will be a follow-up of Saturday’s rally in the wake of the killing of George Floyd, a black man, at the hands of police in Minneapolis, Minn. Marches across the nation are calling for justice for victims of police brutality.

The march is organized by Tracey Williams, who also organized the rally this past Saturday. Williams is apart of an organization called JUSTICE, which has members throughout the United States.

“We are 300 members strong,” Williams said. “We have members throughout the U.S. We have members working in our cities that are doing the same things as us, holding rallies and marches. We promote peace. Whenever we hold a function, thus far, they have been very peaceful.”

Oxford Film Festival to hold pop up drive-in this summer

With movie theatres still closed, the Oxford Film Festival is aiming to fill the entertainment void this summer with a... read more