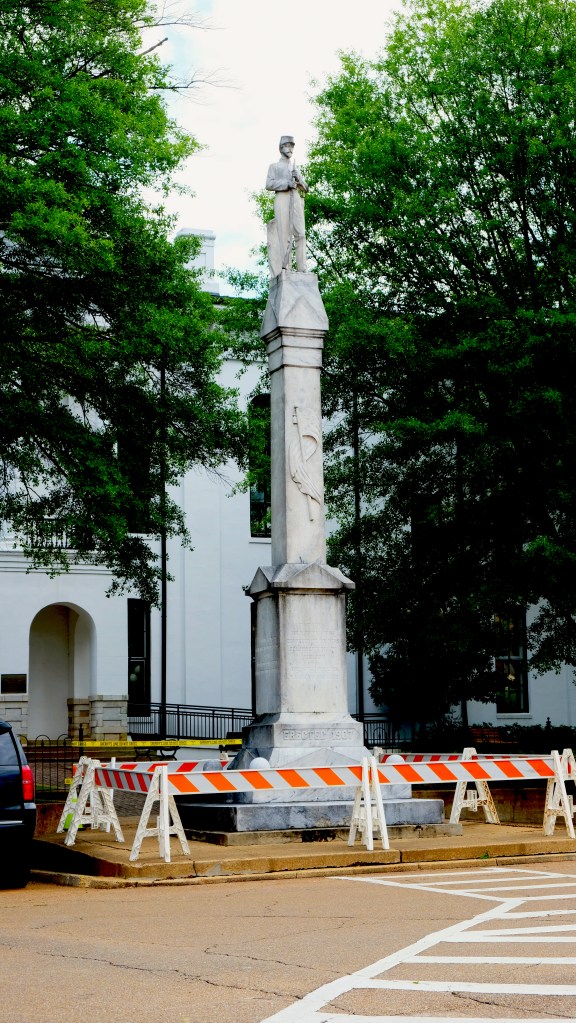 Lafayette County officials have barricaded the confederate statue in front of the courthouse.

The barricade came about when the Lafayette County Sheriff’s Department received a threat that the statue would be vandalized and possibly destroyed. In addition to the barricade, no one is allowed on the courthouse grounds after 5 p.m.

The barricade and lockdown of the courthouse comes in the wake of nationwide protests and marches being held as a response to the death of George Floyd, and regional outrage over the death of Dominique Clayton. Both Floyd and Clayton were killed by police officers. Clayton was killed one year ago by an Oxford Police Department officer.

Members of the LOU Community have responded to the deaths by holding a protest rally on Saturday, May 30, and a march, which will take place this Thursday at 7 p.m. The Thursday march will start at Oxford City Hall and travel down South Lamar Boulevard and University Avenue, ending at the Circle on the Ole Miss campus.

Demonstrators in at least six cities have vandalized or destroyed a confederate statue or monument. In response, two cities, one in Birmingham, Ala. and one in Alexandria, Va., have seen them removed.

“We’ll be there to assist the City with the march,” Sheriff East said.