High school athletes return to the field for voluntary workouts 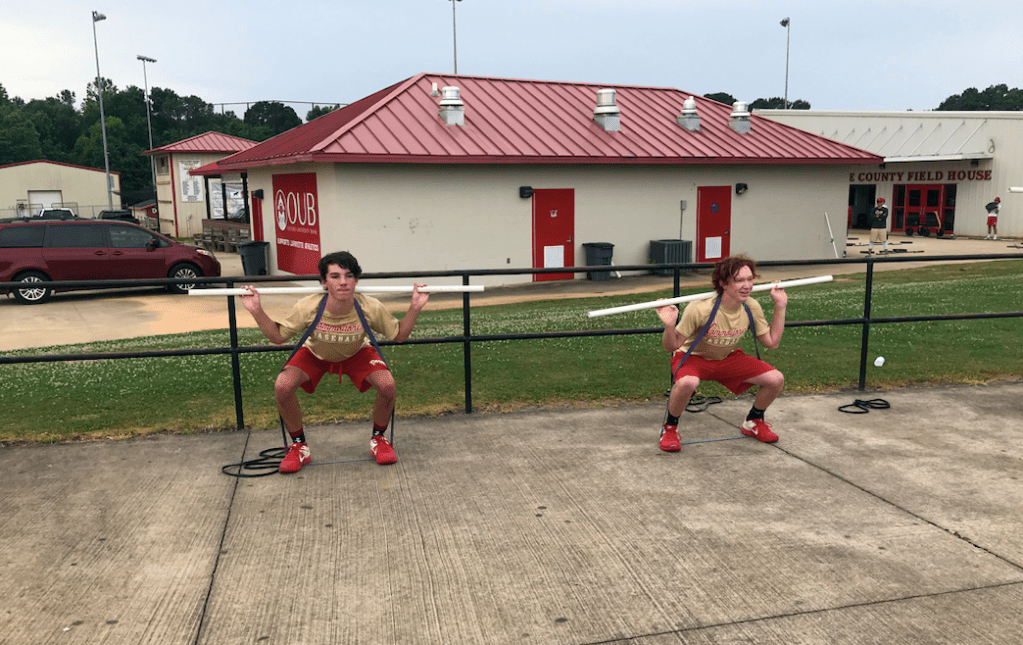 For the first time in nearly three months, there were high school athletes working out on all of Oxford’s athletic fields, as voluntary workouts were allowed to resume on June 1.

Getting to that point was a process that involved the Mississippi High School Activities Association’s executive committee voting to allow sports to resume this month. Then, Cutcliffe and the rest of Oxford’s athletic staff began working on a thorough plan of how they would safely get to interact with their players again.

The first two weeks are strictly an acclimation period, where the athletes are working on their conditioning and building back up what might have been lost due to nearly three months of inactivity.

Practices are voluntary, but Cutcliffe said they were expecting roughly 300 athletes to take part in Wednesday’s workouts. They are running workouts Monday, Wednesday and Friday for the first two weeks, with different waves of players coming throughout the morning, complying with executive orders on social distancing outdoors.

Lafayette was also seeing many of their players taking part in workouts this week, with roughly 140 participating on Wednesday, according to assistant football coach and strength coach Jason Russell.

Oxford lost out on the chance to continue the momentum gained by winning their first state championship last December when the remainder of MHSAA’s spring calendar was canceled, including spring football practices.

Getting to return to the fields this week allows teams to begin working toward the fall, and for the Chargers to begin defending their Class 6A title.

“I think everybody’s been really excited, number one, and then to get back going,” Cutcliffe said. “It’s just unusual. Obviously, none of us have ever been through it before, so I think they were all excited to have a little sense of normalcy back in their lives and start back in summer workouts.”

While Oxford and the rest of the football programs across the state missed out on two weeks of spring drills, baseball programs never really got to get started.

For Lafayette, which played 10 games before the season was put on hold and ultimately suspended, they lost out on the chance to return to Pearl and play for another Class 5A state championship. The Commodores came up short in 2019, losing to West Jones in the championship series.

With a bulk of the roster returning, the Commodores were considered, and were expecting, to get back to Trustmark Park this May to try and win it all. Unfortunately, that was not possible, and now the team returns to campus this week looking forward to 2021.

“Every coach in America in (a) pregame speech at least once or twice a season will say, ‘Play like it’s your last game,'” Lafayette head coach John Walker said. “Now they have some perspective on that. All they have to do is look at that group of nine seniors who didn’t know they were playing their last game. … I hurt for them, I really do, but I think it’s going to mature us faster as a program with the guys we have coming back. We’re going to learn from it and be better for it.”

Walker was in constant contact with his players during the down time and said the motivation was not felt for the first time this week. Many of the players got together and were throwing and hitting on their own.

Oxford is strictly focusing on cardio and running, but Lafayette is incorporating what little equipment usage they can. Not all of the weights are available due to logistics in the weight room, but Russell purchased PVC pipes and two exercise bands per athlete to help create some semblance of resistance workouts, along with what weight bars they could bring outside the weight room.

The workouts are allowed to continue through the summer. There has not been a decision made by the MHSAA regarding the start of school and how the first fall sports will be able to be played.