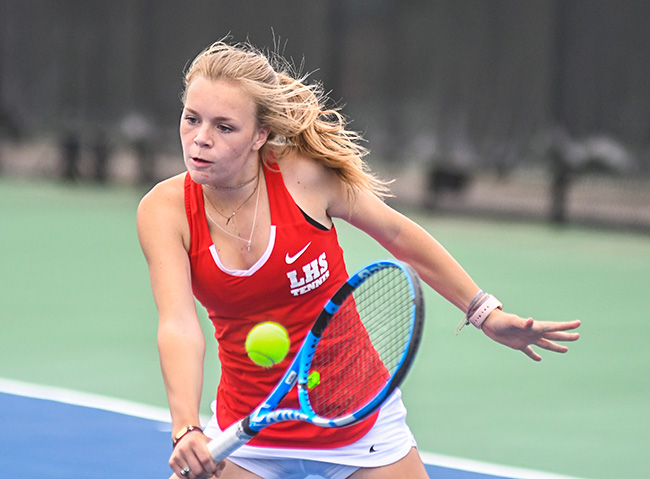 There will be a high school sport played this summer after all.

The Mississippi Association of Coaches announced this year’s all-star tennis match will still be played. The match is scheduled to take place on July 16 at Parham Bridges Tennis Center in Jackson after being delayed due to the COVID-19 pandemic.

Like all spring sports, the tennis season was cut short once the Mississippi High School Activities Association suspended all competitions and activities in March. Lafayette played only five matches before their season ended, including that of senior Ally Bowen, who was not able to play a full final season with the Commodores.

Oxford’s Emmie Stevens is an alternate for the girls’ team.

“I’m honored and grateful to be chosen to represent Lafayette High School and to play for the North tennis all-stars team.” Bowen said in a statement to the EAGLE.

“(It’s a) huge honor for Lafayette tennis for Ally to represent our program,” Lafayette head coach Debbie Swindoll said. “She will be missed.”

Oxford head coach Louis Nash will coach the North boys’ team. The Chargers will also have two players on the boys’ team in Edward Hu and Ben Peeler.

Unlike in previous years, players will arrive in Jackson on the same day as the match and return home after its conclusion. This is one of the many adaptations MAC has made to fall in line with COVID-19 guidelines and social distancing protocols.

Hand sanitizer will be made available to all players, and they will be encouraged to wash their hands at regular intervals. Players will use their own water bottles or disposable cups to get water during breaks, and also tap rackets rather than shake hands at the end of their match. Players and spectators will need to maintain a six-foot distance from other athletes. Coaches and players must wear a mask at all times unless playing. Players will be given tennis balls with different numbers and should not pick up balls from other courts with a different number and must kick or tap balls back with their racket.