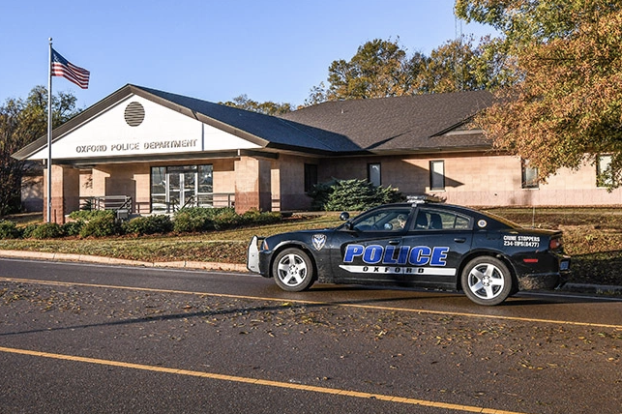 Police departments across the country are under the microscope and facing more scrutiny than ever before; Oxford Police Chief Jeff McCutchen says he’s very aware of that fact.

This past weekend, McCutchen along with Oxford Mayor Robyn Tannehill, posted a video addressing concerns and questions the police department have been presented with in recent weeks following the death of several unarmed African-Americans, including George Floyd, who died while in police custody in Minneapolis last month.

Along with the video, the Oxford Police Department released a statement about their training of officers, interactions with citizens and the department’s overall mission. The statement also addressed the national 8 Can’t Wait campaign, which demands change in policing methods.

The Lafayette County Democrats recently sent OPD a letter listing the eight methods mentioned in the campaign, but McCutchen said nearly all of those policies were already in place. The video and accompanying statement was to bring awareness to the residents of Oxford.

“(The video and statement were published to) Make sure that the community understood what our mission was and how we’re trying to make sure the we shape the department in looking at people,” McCutchen said. “That’s the most important thing you do on this job. Every call is a person. Every report is a person. Every traffic stop is a person. Really developing that and making sure that’s our core focus. If you listen to the national conversations, we want our community to understand that’s where we’ve been. That’s where were trying to get to is a heavy focus on mental health of our staff and making sure we’re producing a good officer, a good receptionist, a good employee. Because if we can reduce that stress, then we know those encounters will be more positive out in the field.”

The policies listed in the campaign are: eliminating chokeholds and strangleholds, de-escalation training, requiring warnings before shooting, exhausting all means before shooting, duty to intervene, banning shootings at moving vehicles, requiring the use of a force continuum and requiring comprehensive reporting.

Last year, McCutchen and OPD were faced with having one of their own arrested and charged in the murder of an Oxford resident. Former OPD officer Matthew Kinne is accused of murdering Dominique Clayton while she slept in her home last May, and is facing a capital murder charge. The trial was originally scheduled for April, but the COVID-19 pandemic closed courts, delaying the trial. A rescheduled date has not been made but could come during the July session now that courts are reopened.

Working to make changes at OPD internally, as well as working to rebuild the trust in the community that was lost due to Clayton’s death, are things McCutchen said he is still trying to accomplish 13 months later.

“A lot of teaching. A lot of one-on-one time,” McCutchen said. “It caused us to make sure we looked internally. Are we doing everything that we’re supposed to be doing? Are we being good stewards to our people? Is our mission right in teaching that? We’re not looking at numbers, we’re looking at how you interact with people. Are you using good wisdom? Are you using compassion in that situation and what are all my options? Not everybody needs to be arrested. Not everybody needs a citation. What do you have at your disposal that can help someone? That’s the goal when you get into this job, you just want to help people. If we’re not careful through life experiences, through work experiences you begin to maybe change your model and we want to keep that where it needs to be.”

Nationally, the issue of defunding and even abolishing the police has gained momentum in major cities and in Washington D.C. on Capitol Hill.

At the local level, budgets for the next fiscal year in all departments within the City of Oxford are beginning to be discussed. McCutchen said he has not discussed eliminating or moving funds around, but is instead working to make sure the money spent on and by OPD is being used correctly.

A group called Defund Oxford Police wrote a letter to the Oxford Board of Aldermen and Mayor Tannehill asking to defund the police and included testimonials from Oxford citizens regarding their interaction with OPD officers and investigators. In the past two years, the Board has approved $750,000 in increased funding for OPD. The letter is composed as a petition, where individuals can input their name to address the Board.

“This is of great concern, as I believe the Oxford Police Department is responsible for great ill in this community that includes but is not limited to: the alleged murder and marginalization of black residents, gross mishandling and cruelty in dealings with victims of sexual violence and harassment, and material damage to the lives of Oxford citizens through dishonest and predatory policing in issues of low level drug offenses,” the letter reads.

Businesses have been experiencing a loss in customers since the start of the COVID-19 pandemic, but not ServPro. ServPro is... read more