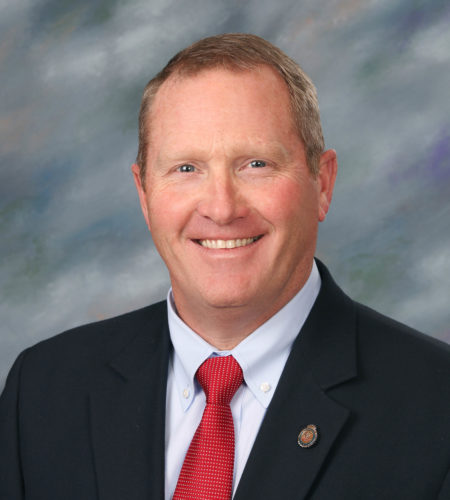 Following the release of Oxford Police Department and Mayor Robin Tannehill’s joint statement breaking down OPD’s response to the #8Can’tWait anti-violence policy movement on Saturday, the Lafayette County Sheriff’s Department revealed that their policies are similar to OPD.

“The Lafayette County Sheriff’s Department is committed to serving this community using common sense and best practices by our profession,” Sheriff Joey East said. “We are currently adding language to our policies that would make sure all eight suggested policies are covered.”

Some of these policies include: eliminating chokeholds and strangleholds, which are not taught, nor are officers trained for such in police academy; de-escalation training, which they train for annually in addition to Cultural Diversity training; requiring warnings before shooting, which they do in instances when a warning can be given; exhausting all means before shooting; duty to intervene, which the sheriff’s department has policies in place that require them to intervene and report misconduct; banning shooting at moving vehicles, which the department currently does not have a policy against because vehicular attacks on citizens or officers could require using force to stop the vehicle; requiring the use of a force continuum, in which the force used in any encounter should be a reasonable amount of force needed to stop a threat; requiring comprehensive reporting, in which every force incident is followed up with a report and an investigation by the shift supervisor that is submitted to the command staff for review.

On Saturday, OPD Chief Jeff McCutchen took to YouTube to break down the “#8Can’tWait” polices and how they were already implemented in OPD’s department protocol.

“We’re proud to have a police department that’s both a nationally and state-accredited department,” Tannehill said. “These accreditation managers audit our department multiple times throughout the year and each audit has its own unique requirements.”

McCutchen touched on this by adding: