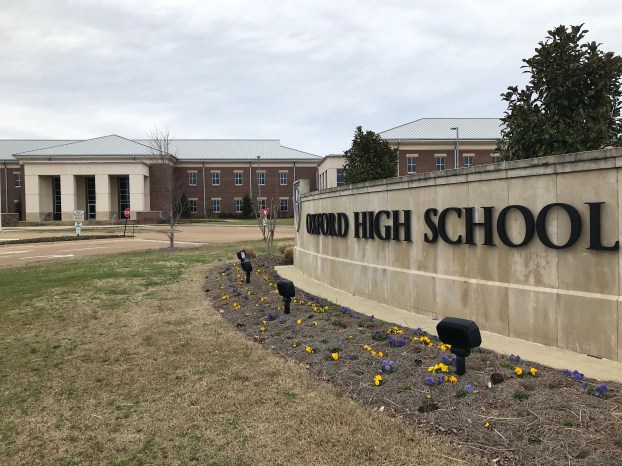 Oxford School District approved its plan to return to traditional learning for the 2020-21 school year on Monday.(Photo By Jake Thompson | Oxford Eagle)

While some area school districts are still discussing how they will handle returning to school this fall, the Oxford School District has a plan in place.

Public schools have been closed since mid-March due to COVID-19, forcing the implementation of distance learning to finish out the spring semester.

During their regular Board of Trustees meeting on Monday, OSD voted to adopt a plan that was created by a committed the school district formed in April. The committee consisted of local officials, school officials, nurses and others who took the Mississippi Department of Education’s considerations for reopening schools and formulating the best way they could all be implemented.

On Monday, that plan was discussed at length, with Board members asking several questions. The finite details of the policy will be sent out by the district next week, after parents fill out a survey sent to them on Tuesday. The survey simply asks if they want their student to return for the district’s traditional start on Aug. 10 or to continue doing virtual learning. The results of the survey, which is due back to the district by July 10, will help dictate certain aspects of the policy.

Whichever option the parent chooses for their child, they will have to stick with that method for a full nine-week period. At the start of each new nine-weeks, they will be allowed to consider entering back into the traditional setting or going to the virtual method.

The hybrid option, having a group of students attend classes on certain days and alternating, was not one of the options recommended by the committee.

“I think from a management standpoint, how do you have school every day for every kid and how do you have a hybrid model for every kid?” Harvey said. “Transportation, bussing. Any variable that we throw in, now we may transition to a hybrid model very quickly. That could happen. That could be the next step.  … I think that’s beauty of starting everybody in school, because you can always back up. Given the circumstances at the time, we could transition to a hybrid model.”

When it comes to screening protocols, daily temperature checks will be required of all staff and students. Age appropriate screening questions will be asked each day as well. Students and staff should not come to school if they have a fever (defined as a temperature of 100.4 degrees or above) or have displayed other symptoms of COVID-19. If a student or staff member is found to have a fever while at school, they will be referred to the school nurse for evaluation. Students who are sent to school knowingly sick may be sent home for up to 10 days for evaluation.

Lunch will be held in classrooms, as opposed to the cafeteria, to help limit the spread the to comply with the current guidelines of the number of people allowed at one indoor gathering.

Students are encouraged to bring their own face covering to school each day, but the district will have masks to distribute to those who need one or forget theirs.

“We are encouraging everybody to bring their face covering,” Harvey said. “Now, if their mask breaks, we will have a replacement for them. The fact of the matter is, if we start providing masks for everybody, there will come a time depending on how bad this gets, there will be supply chain issues. We will have to shut down school, which we may have to anyway, because we can’t supply masks.”

The quarantine protocol for students and staff who test positive for COVID-19 was also discussed. If a teacher who was around a student who has tested positive for more than 15 minutes without a mask, which Harvey said they should not be, they will be quarantined for a 14-day period along with the student.

State medical officer Dr. Thomas Dobbs told superintendents in a meeting last Tuesday that his recommendation was, if three kids are quarantined in any one class, then the whole class must be quarantined.

“I think that’s low,” Harvey said. “That’s just me, and (Dobbs) admitted it might be low, but that’s some of the leeway that we’re going to have to have. We have to determine if the school is where the transmission occurred, and we’ve limited that as much as possible by wearing masks, social distancing where we can and trying to be proactive in doing the other things that we’re doing.”

Lafayette County School District discussed its potential plans for the upcoming school year during a special meeting last Thursday. No official plans have been finalized, as they are waiting until early July to do so.

Regents School of Oxford also announced they will be returning to full-time traditional learning when they begin in August.

The full temporary modifications to procedures for the 2020-21 school year that OSD approved can be viewed on their website.

With the recent spike in COVID-19 cases in Oxford and Lafayette County, the city-wide mask requirement is staying in place... read more