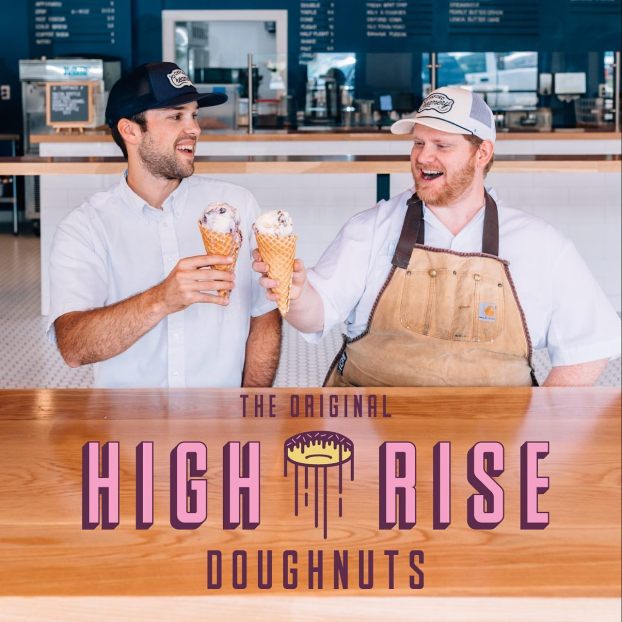 Oxford Creamery announced on its Facebook page that they will be opening up a new doughnut shop.

High Rise Donuts will be opening up on the coffee side of Oxford Creamery in late July or early August 2020.

“Oxford is such a unique place, full of culture and some of the best food the South has to offer,” Hudson Magee, owner of Oxford Creamery, said. “We also have seen Oxford as a town that loves to support local businesses, especially during these crazy times. So, we can open confidently knowing that the town will come out as they have for the Creamery. Also, a big reason we are excited to open in a college town like Oxford is the energy that the University brings. The energy and buzz that the University brings to town is what makes businesses like ours thrive.”

The new shop will feature doughnuts made from croissant dough, which elevates not only the flavor of the doughnut but also the height. High Rise’s offerings will also feature a mix of traditional yeast-raised doughnuts and cake doughnuts.

“Part of the reason that the Oxford Creamery has been so successful is that we just love ice cream, and therefore, have a high standard for what it should be,” Magee said. “We have always dreamed of opening a doughnut shop for the same reason, using the same approach that we have to our ice cream. Using the best ingredients out there, with the goal of serving the best doughnut our customer has ever had. After we did a few tests, and talked to people around town, it was clear that people want a craft doughnut shop.”

High Rise Donuts plans to highlight the flavors of the South and Mississippi. They source fruit, produce and dairy to locally craft their menu and serve up “the best donuts this side of the Mississippi.”

Oxford businesses that are not in compliance with the mask requirement, and other COVID-19 ordinances in the City’s recovery plan,... read more