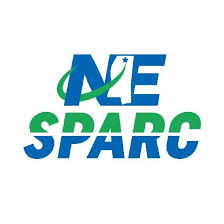 SPARC will have fiber internet service available to 1,750 customers in the next two weeks.

“When the board and members of NEMEPA voted to approve adding fiber service last November, COVID was not in the picture,” said Randall Able, manager engineering and operations for NEMEPA and projects manager for SPARC. “The goal is to bridge the rural divide by providing high speed internet service to rural areas that have no service or very slow service.”

Since the coronavirus pandemic began, the need for this service is clear, with students needing to access the internet for online classes and people working from home.

While SPARC is still in the early phases of installing infrastructure, WiFi hot spots at Oxford and Lafayette high schools and in the Thaxton community are expected by September to allow students without internet service at home to download homework, according to Able.

Able also said SPARC has made significant progress since they began in March, with 140 miles of fiber already installed. Current installation is around both sides of Highway 6. Work is moving toward Brittany Woods, Woodland Hills, College Hill, Twelve Oaks and Sardis Road next, he said. Abbeville will have service early in phase two. A map of the zones and progress updates are available on their website, https://nesparc.com/front_end/zones.

When fiber goes in front of a home, the entire geographic zone is built and tested to make sure it works for the entire zone. It takes between three to four weeks before fiber can be run from the pole to the home.

“Zones are not that large, so they can be turned on quickly,” Able said.

One zone per month is expected to go live for the next few months.

Some of these zones already have internet service from AT&T, C-Spire and MaxxSouth. Able explained that the reason they are not going only to the rural areas first is that the service infrastructure must extend from the NE SPARC building designed to connect the electronics and to the internet. Having a mix of rural areas and dense areas also helps supplement cost, he said.

Able described the differences in the SPARC high speed internet service from other providers.

“They get a higher speed at a lower price that the consumer actually owns,” he said. “It is a robust fast system. We are not trying to return a profit, because it is member-owned.”

Able said that SPARC’s teams are working safely around COVID-era regulations, and that the only impact from the pandemic was a three-week delay in getting electronic equipment for infrastructure early on due to factory shutdowns. Now that all the equipment has arrived for phase one, Able said he expects to be on time and under budget.

The new building housing the SPARC electronics infrastructure and server room was constructed to withstand an F4/F5 tornado and is located off Skyline Drive, near the NEMEPA office. It was built from the ground up, with modern equipment and modern infrastructure. The routers are made by Calix, and are commercial grade.

A woman from Yalobusha County was reported to have died from complications due to COVID-19 at Baptist Memorial Hospital-North Mississippi.... read more