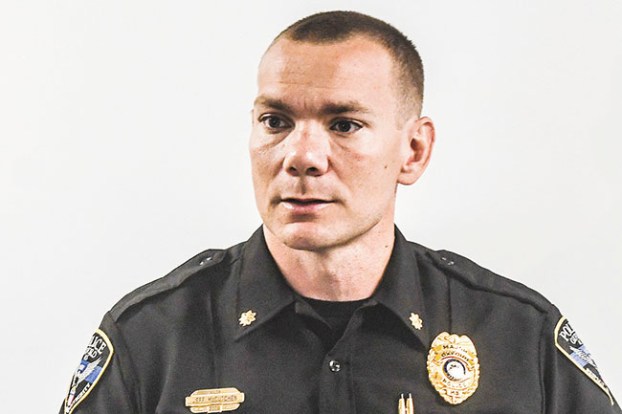 Oxford Police Chief Jeff McCutchen announced Wednesday that the majority of businesses are being mindful of City ordinances when it comes to wearing face masks and following social distancing procedures.

McCutchen told the Board of Aldermen on Wednesday that OPD has been doing compliance checks of businesses for the past 15 days. In that time frame, they have done 155 compliance checks and written a total of 10 citations.

“Overall, you’re not seeing gross negligence,” McCutchen said. “I think the businesses are doing a pretty good job of following the ordinance.”

McCutchen also said that there might be one or two nights where there is a large crowd at a restaurant past the dinnertime crowd, but it doesn’t happen often.

Typically, McCutchen said, the large crowds will happen during the weekend, like on a Friday night when the weather is nice outside. Overall, the crowds gathering at restaurants have been pretty small, he said.

It was mentioned by Alderman John Morgan that there wasn’t any proof that the coronavirus is being spread by young people at bars.

While this is true, Mayor Robyn Tannehill said that restaurants and bars are the only places were people are allowed to sit down, eat and have a drink without a mask. She also stated that the people who are getting and spreading the virus are the people who aren’t wearing a mask while in social contact.

“I do think that it is prudent for us to reduce contact time and reduce interaction without a mask,” Tannehill said.

“I wonder why the whole country is closing bars?” she said. “Why are our bars any different? I mean, that’s what all the experts are saying. It’s one of the major places where it’s spread. Whether people are complying or not, it’s still an indoor space where the virus is spreading in every corner.”

A vote was then held to decide if all bars and restaurants should close after 10 p.m. The board voted 4-3 in favor of closing dining rooms.

Oxford Board of Aldermen vote to close bars and restaurants at 10 p.m. in latest coronavirus ordinance

Oxford’s Board of Aldermen decided to strengthen the city’s COVID-19 mandate as the total number of active cases rises in... read more