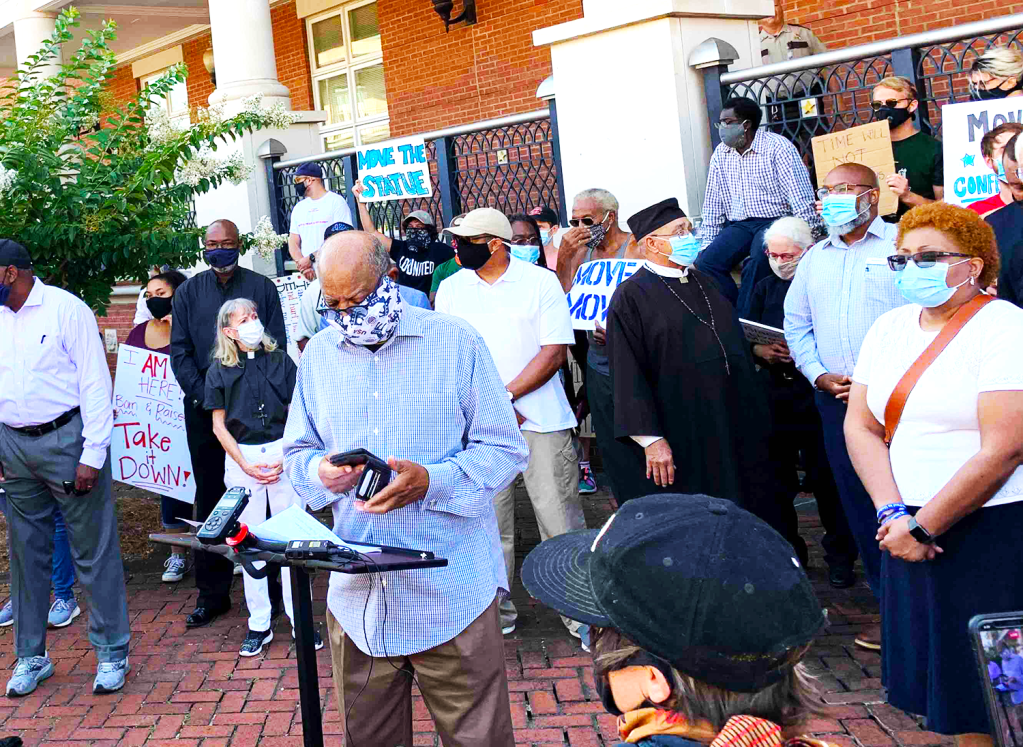 Many of Oxford’s faith leaders gathered on the Lafayette County Chancery Court steps to discuss the need to move the Confederate statue.

The conference was led by Pastor James Hull, the president of the Tallahatchie-Oxford MB Ministerial Alliance.

“The Lafayette County Board of Supervisors have hidden behind political votes, political positioning and political power,” Hull said. “But this is not a political issue. It is a love issue. Politics are issues calculated and considered in the head. Love is an issue of the heart.”

Hull presented to the crowd a petition that was signed by more than 50 ministers and church leaders from different faiths, including Baptist, Methodist, Presbyterian, Episcopalian, Unitarian, Catholic, Jewish and non-denominational.

“One of the things I’d like to share with you are signed petitions by faith leaders all across this county who have decided to join and unite with this movement,” Hull said. “I dare say that this is a movement not just a moment on a Monday morning. As we use to say in the 70s, we will stick and we will stay until that monument is down.”

“We clergy know something about symbols,” Reverend Duncan Gray III, a retired bishop of the Episcopal Church of Mississippi, said. “Symbols touch us in our heart and soul, places that are deeper than words or reason can reach. We know their power to lift up or to cast down. Symbols have the power to shape the course of our lives, for good or for ill. That is why this statue, in the heart of our community, is so divisive and dangerous.”