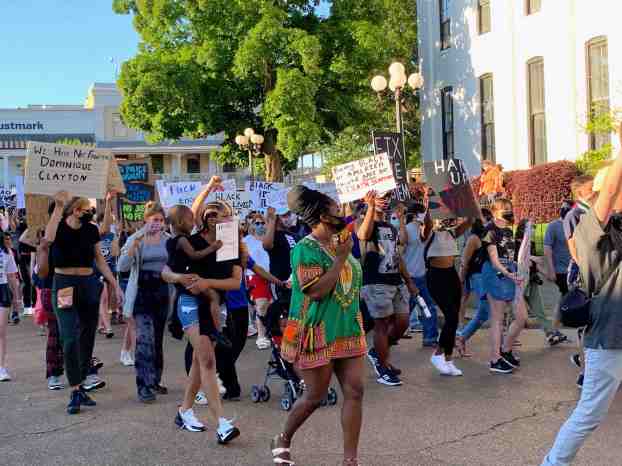 The Board of Aldermen held their second reading and public hearing of the revised Ordinance for Parades, Public Assemblies, and Special Events.

“After the last meeting we made a couple of adjustments on it,” Oxford Police Chief, Jeff McCutchen, said. “We added flag and we cleared all metal objects in the permit.”

Changes made to Section 102-650 and 651 include that it is now “unlawful for any person participating in any parade or public assembly to carry or possess any length of metal, lumber, wood, plastic or PVC, or similar material for any purpose, such as displaying a sign, poster, flag, plaque or notice, etc., unless such object is one-fourth inch or less in thickness and two inches or less in width, or if not generally rectangular in shape, such object shall not exceed a three-fourths inch in its thickest dimension.”

The changes also include that “no person along the parade route or within 500 feet of a permitted public assembly shall carry or possess any” of the mentioned above.

It was voted on by the board to forgo the 30 days due to additional findings due to public safety. The law will go into effect immediately.

Parking to resume on all paid, off-street parking

Residents of Oxford have two more weeks left of free parking before the city goes back to regular metered parking... read more