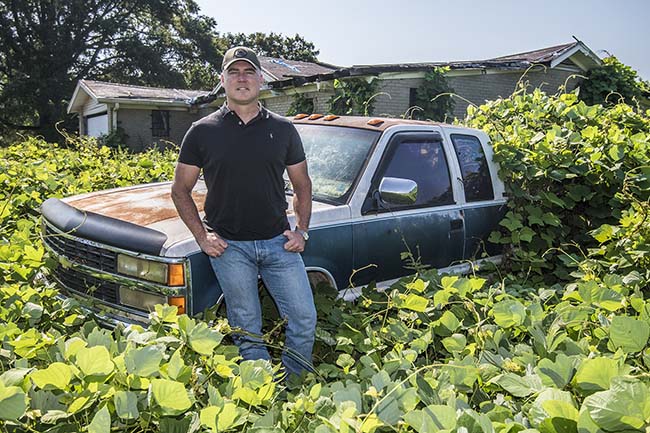 The Quinn Colson series by Oxford author Ace Atkins is being developed into a TV show on HBO.

The books are about Colson, who is a former Army Ranger who has returned to his home in Tibbehah County, located in rural northeast Mississippi, has been overrun with corruption, drugs, and violence. With his uncle, the longtime sheriff dead by suicide, it’s up to Quinn to discover the truth and to bring justice to his home.

Atkins has written 10 books in the fictional series starting with The Ranger, which is where the first season will take place.

“The current first season will stay true to the events in the first Quinn Colson novel, The Ranger,” Atkins said. “The writer of the first season has done an amazing job with adapting the book. All your favorite characters are there.”

In addition to writing the Quinn Colson series, Atkins also took over Robert B. Parker’s Spenser character following Parker’s death in 2010. He has since written eight novels in the Spenser series including Wonderland, which was adapted into the recent Mark Wahlberg film Spenser Confidential.

While Atkins wasn’t involved in the production of Spenser Confidential, he revealed that he would be for the Quinn Colson series.

“Unlike the recent Mark Wahlberg film Spenser Confidential based on my book Wonderland, I’ll be a consulting producer on the project,” Atkins said. “I’m thrilled and honored to be part of the team.”

Atkins stated that he is excited not only to be apart of the production of the series but also to be partnering with HBO.

“I can’t imagine anyone I’d rather be associated with than HBO,” Atkins said. “They’re the absolute best in the business, with some of my all-time favorite shows like Deadwood and The Wire. In fact, Quinn Colson all began with the idea of writing a series like Deadwood only set in north Mississippi and in modern times. It’s amazing to see the inspiration come back home.”

While Atkins has an idea of who would be an ideal candidate to play Colson in the HBO series, he reveals that casting of the main character might be a little hard.

“That’s a tough one,” Atkins said. “Really the hardest question because casting is often the last piece of the puzzle. Many of the actors I’d first considered now might be too old to play Quinn, who starts out in his last 20s and early 30s. I would hope we could find a young Burt Reynolds or Robert Mitchum.”

Before he was a writer, Atkins was a reporter on the crime beat for The Tampa Tribune. He believes his career as a reporter is what helped him in his writing.

“Working on the crime beat was crucial to being able to do what I do now,” Atkins said. “I had the great fortune of covering Federal and local law enforcement and got to witness my fair share of crime and corruption in Florida. I find a lot of the criminals and crooks I wrote about have found their way into Tibbehah County. And, of course, that’s trained me to keep an eye out for those people here in Mississippi. I hate to say we have no shortage. Graft and corruption has run wild in our state and local communities. That’s why we need reporters now more than ever. Elected officials must be held accountable.”

J Olive Co of Oxford holding a “going out…