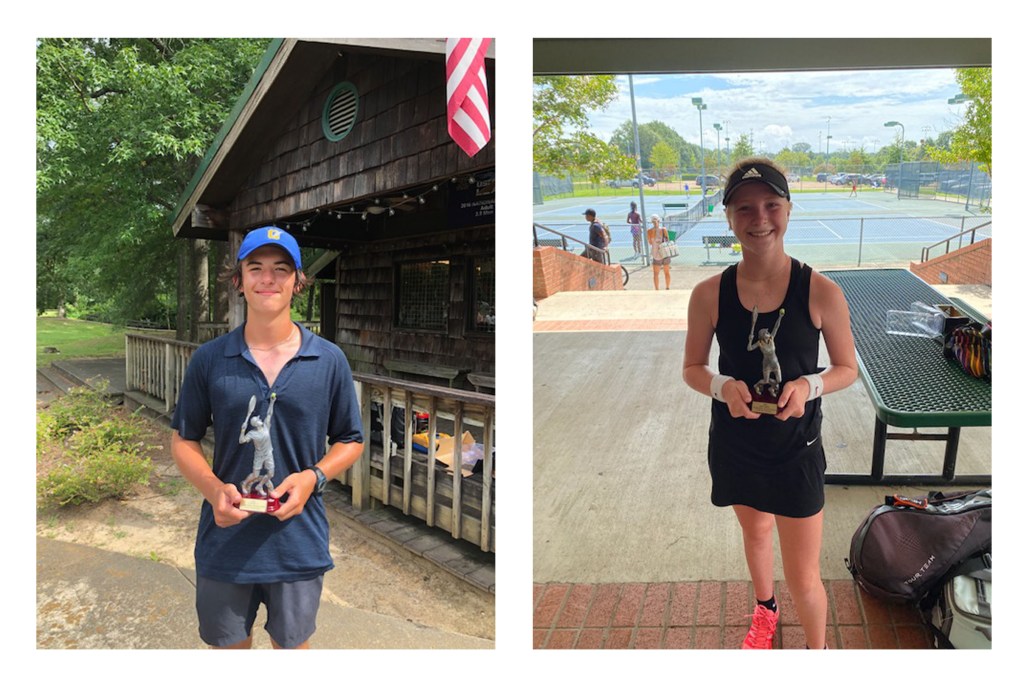 Oxford is known for having championship-caliber tennis players in the junior ranks and that was proven once again this past weekend in Ridgeland.

Charlie Frugé and Owen Wilkinson competed at the Mississippi Junior Closed State Championships at the Ridgeland Tennis Center, coming away with the trophy in their respective draws.

Frugé dominated in the Boys 14 singles division, winning four matches without dropping a set. He defeated Madison’s Patrick Royals 6-0, 6-2 in the championship match.

With sports slowly returning at the professional level, this was one of the first tournaments held at the junior level in Mississippi since the COVID-19 pandemic arrived in March.

“It’s a great feeling to see hard work paying off,” Frugé told the EAGLE of his tournament win. “I’m very blessed to be surrounded by supportive friends and family. Playing during a pandemic is certainly different, but it’s good to get back out on the courts. I’m looking forward to this upcoming year and a good season with the OHS tennis team.”

Like Frugé, Wilkinson had a bye into the second round and had similar success on her path to the finals of the Girls 14 singles division championship. She defeated Brandon’s Lucy Lee 6-1, 6-0 in the finals to clinch the tournament.

“This year’s tournament was very special. After so many were cancelled, my coach, Kristi Boxx, and I had to set new goals for the year,” Wilkinson said. “It can be difficult to train when you’re not sure when you’ll be able to compete again, but I was so excited to be back on court in a tournament environment. It was also great to see players from all over the state I’ve grown up playing with or against.”

Wilkinson won her four matches without dropping a set and lost only five games out of 51.