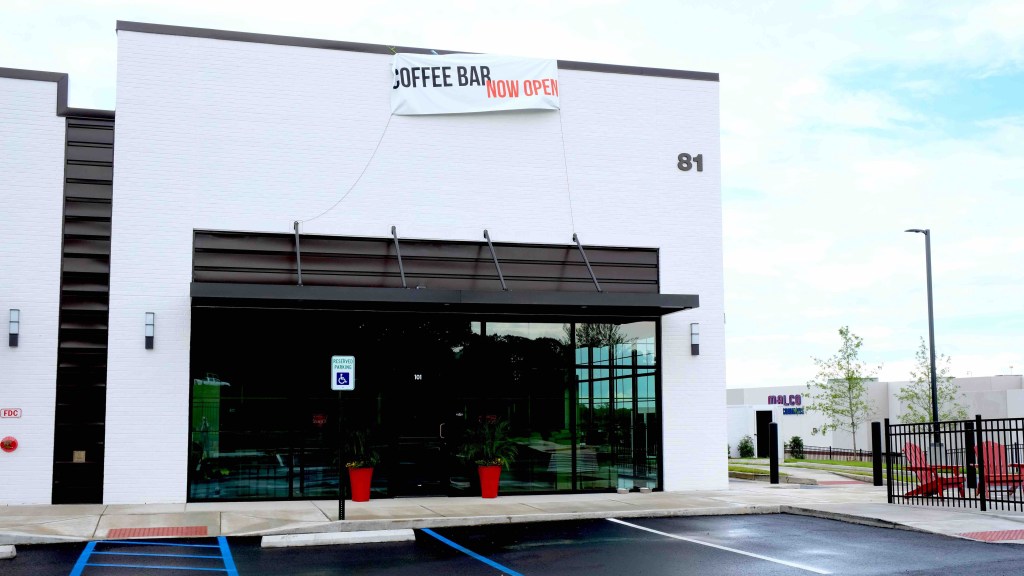 A new coffee bar was added to Oxford’s constantly evolving list of new places to visit.

Common Ground Coffee Bar, which opened on Saturday, July 18, 2020, offers a list of specialty coffee, teas, and smoothies as well as locally baked goods. The bar is run by Joseph Beck, who moved his family to Oxford after traveling the world as a Green Beret in the Army Special Forces.

“I was fortunate enough to try foods and drinks from many different countries and wanted to bring it back with me to share with others,” Beck said. “I have been to some of the best and worst places and there was always something special I took away. I’ve come to judge places by their culture: coffee, food, hospitality, and music. You can break down barriers and bridge gaps with these four things.”

When Beck and his family returned to Mississippi and decided to move to Oxford, they did so for the people, the food and the music. Beck’s wife opened up a gourmet food store on the Oxford Square called Oxford Gourmet and Gifts. It wasn’t long after that Beck’s idea for a coffee bar came to fruition. Oxford Gourmet and Gifts actually began a mini-coffee bar inside the store two weeks ago with the same sourced coffee.

“The idea for a coffee bar originated from traveling the world in Army Special Forces as a Green Beret,” Beck said.

The idea for a name for Common Ground Coffee came about as a way to describe people coming together or finding common ground. Common Ground Coffee Bar is a place that offers a comfortable atmosphere, featuring the local flare of Oxford, for anyone that visits. Their facility features a drive-thru and an outdoor patio area.

“We have the best coffee around and it will definitely stand out when you try it,” Beck said. “You find the quality-driven consistency with each visit, which is why we selected this award-winning roaster.”

Beck chose Crimson Cup from Columbus, Ohio as his roaster because of their never-ending effort to studying and refining the coffee roasting business for over 30 years.

“Choosing a coffee was difficult,” Beck said. “I went around and tasted coffee from many companies in many areas. There are thousands to choose from. Most small roasters are not set up for bulk manufacturing and while some are ‘top-notch’ they are not a viable option as a supplier.”