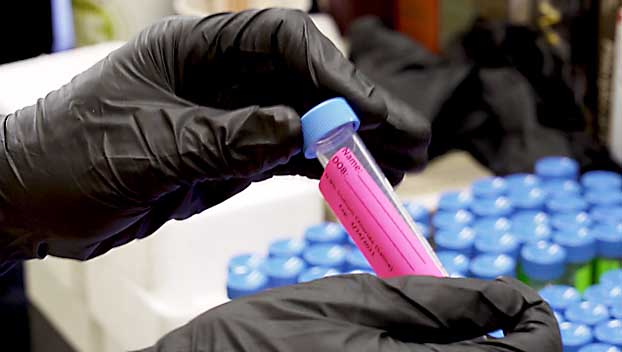 Known as the “test positivity rate,” that measure over a seven-day average is now higher in Mississippi than in any other state.

When Fox News asked President Donald Trump on July 19 about rising cases across the United States, he said, “If we tested half as much, those numbers would be down.”

Since July 1, when Mississippi’s positivity rate was 13 percent over a seven-day average, that number has doubled, peaking at 27 percent on Sunday.

Because daily new test totals vary greatly — just this week ranging from 3,000 one day to 10,000 another day in Mississippi — public health experts look toward seven-day averages for easier-to-read trends.

Mississippi now leads all states in that measure, according to data from the COVID Tracking Project analyzed by a group of public health experts on the website COVIDExitStrategy.org.

The analysis, last updated Tuesday, has Mississippi’s seven-day average at 23 percent; Arizona is second with an average rate of 21 percent, and every other state is under 20 percent.

Framed in another way, Mississippi’s total test positivity rate — the number of all positive cases divided by all tests since March — has reached new peaks in 11 out of the last 12 days, now at 12 percent.

As seen in the chart above, there is some correlation between new tests and new cases; but new cases have increased more steadily since June, whereas new tests vary greatly, even over a seven-day average.

Mississippi has the most sustainable credit card debt

The state of Mississippi has the most sustainable credit card debt with a median credit card balance of $2,287.  WalletHub... read more