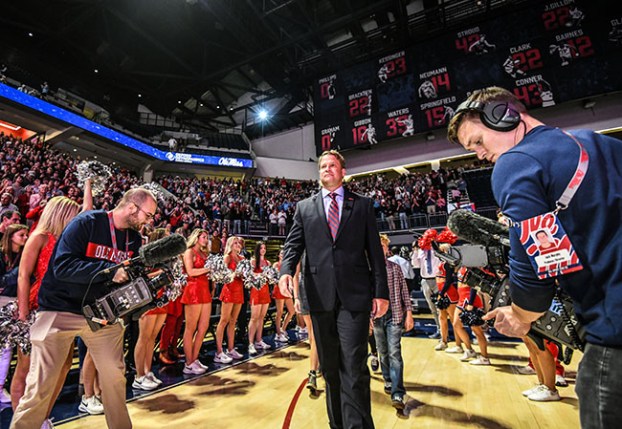 The SEC announced all 14 teams’ two new opponents to this year’s schedule, rounding it out to the approved 10-game, conference-only schedule on Friday.

The Rebels will welcome South Carolina to Oxford while having to travel to the Bluegrass state to take on Kentucky. The dates for each game were not announced along with the two additional teams, but will be at a later date.

“We made every effort to create a schedule that is as competitive as possible and builds on the existing eight conference games that had already been scheduled for 2020,” SEC commissioner Greg Sankey said in a statement. “This schedule is a one-year anomaly that we have developed under unique circumstances presented by the impact of COVID-19.”

It’s exciting to see our league take another step toward finalizing the schedule, and I’m grateful that our players and fans will have the opportunity to experience these additional matchups with South Carolina and Kentucky along with our eight opponents,” Ole Miss head coach Lane Kiffin said. “As planning continues toward 2020 season, we will continue to keep the safety and well-being of all those involved at the forefront of our discussions.”

The Wildcats are also scheduled to come Oxford as part of the Rebels’ 2022 conference schedule. Ole Miss will travel to Columbia, S.C. to take on the Gamecocks in 2025.

The rest of the SEC’s new opponents for 2020 are below:

The 2020-21 women’s college basketball season is currently only three months away but Ole Miss is still adding to its... read more