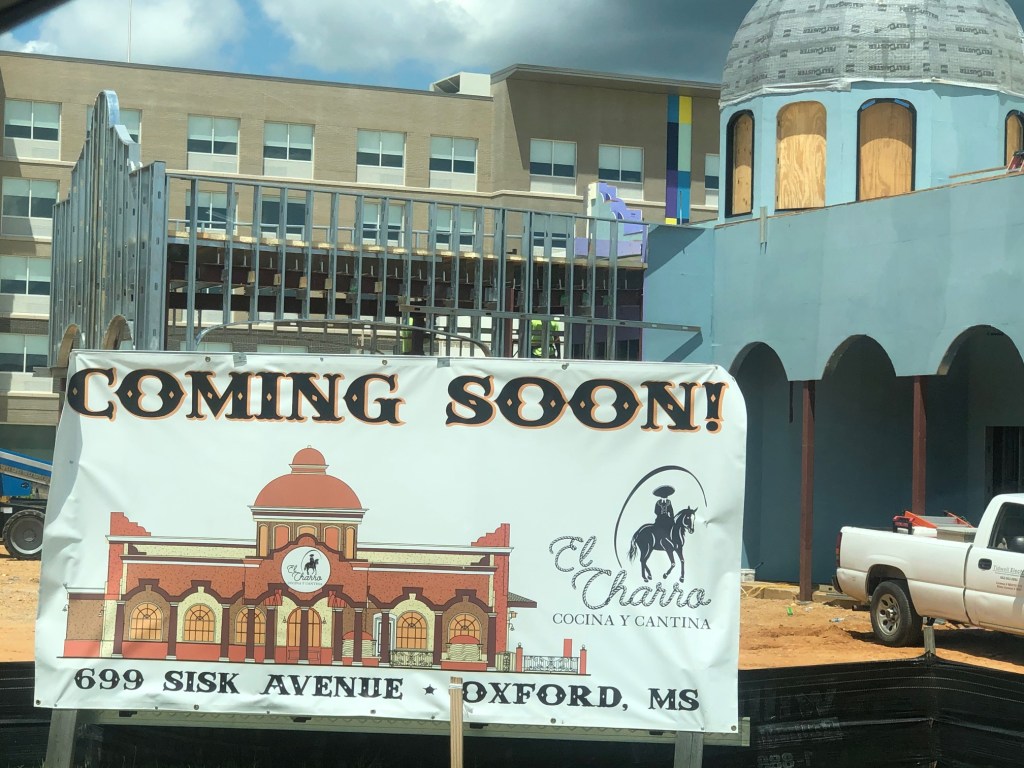 El Charro is set to come back to Oxford sometime around late December or early January.

The restaurant will be located on Sisk Avenue and will feature popular Mexican food dishes as well as some more authentic Mexican food.

“Our menu from back in the day has completely expanded and changed to where it is now,” said Ramiro Munoz, the owner of El Charro. “Whether it be more American flavors or flavors that are true to the roots of Mexico.”

The return of El Charro has been in the works since 2013. The original El Charro was located on Jackson Avenue but was then morphed into Casa Mexicana in 2007.

“When we wanted to open up a new location and expand we thought El Charro would be a good name to bring back to the community,” Munoz said. “That’s where we started in 1995 to now. It’s the name that carried us off. It’s familiar with the community.”

Munoz said that there will be a lot more elements of Mexico in the new restaurant compared to in the past.

“We wanted to bring more Mexico in the decorations, in the food, in the drinks, in the environment and in the atmosphere,” he said. “That has a lot to do with why we are bringing our equipment and design elements from Mexico. So when people walk in they see it.”

With that being said there are also some elements from Northern Mississippi that will also be added to the restaurant such as workers and the food they use.

“We have a little bit of North Mississippi and some of Mexico from stuff that we get here and there,” Munoz said. “It’s all going into a melting pot which is El Charro.”

Local doctor eases parents concerns for back to school