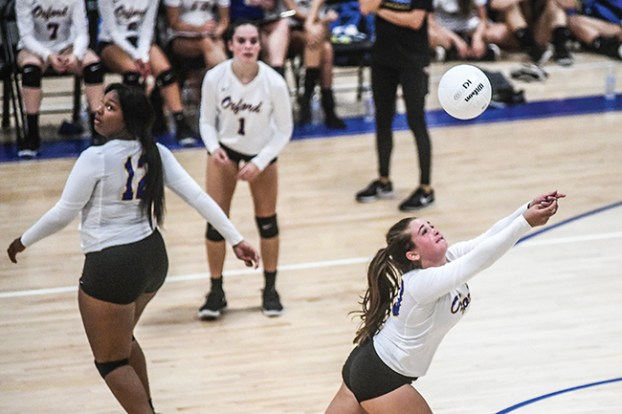 Oxford volleyball enters 2020 season with a new coach and unknowns

For Oxford, the 2020 season is going to be a little more unique than it already will be for the other programs across the state. Not only are the Chargers having to adapt to the same amended season everyone else is due to the COVID-19 pandemic, and all the new guidelines that come with it, but they are having to do so with a first-year coach in Ashley Martin.

Martin was hired in May, replacing former head coach Kacie Hengler who is now the head coach for the Regents volleyball team. The 2020 summer was already different with teams not allowed to hold matches against other schools, as ruled by the Mississppi High School Activities Association (MHSAA) to help limit the transmission of COVID-19.

There have been a few times before Monday’s official start date that Martin has seen her team physically on the court, performing volleyball-releated activities, but not enough to get a grasp on her roster. With matches not allowed to be held until at least Aug. 24, the extra two weeks of preseason is a welcomed gift for Martin.

“We’ve had a couple really good, solid team practices. Hoping those get to carry over for the next two weeks,” Martin said. “(The delay) has been very beneficial. I’m probably one of the only people in the state that’s probably excited about that. Being a new coach and coming in to a new team, that’s probably helped us more than anything. Having those extra two weeks that we wouldn’t have had to build that team chemistry. To be able to get a little more indepth with some plays we want to run, offense we want to run. Some defensive things that we want to run.”

The Chargers lost four seniors that were constant contributors on the court in 2019, but are returning a lot of young players that produced last season.

Martin’s roster will be young, with zero seniors on this year’s roster, and underclassmen will be called on early in the season to fill key roles.

Who will take the court on Aug. 24 in the Chargers’ season-opener, and district opener, at Horn Lake is not known by Martin, outside of one player. Junior Catherine Bianco is one player Martin knows will be a cornerstone to her team this season. In 2019, Bianco was one of the most experienced players as a sophomore. She tied for the most-sets played on the team with 114 and recorded a fourth-best 91 kills. Bianco also had a team-high 94 aces along with 288 digs and 69 blocks.

“There’s going to be some young girls who are going to have to step up and fill some of those roles,” Martin said. “I’m sure everybody in the state of Mississippi probably knows what we’re going to run for varsity with Catherine Bianco. Other than that, it’s a little bit up in the air right now. We’re playing around with a few different things and a few different lineups. COVID’s going to kind of change things normally for any coach of what they would do and how that’s going to look.”

Oxford will have a busy opening week to the season with two district matches, including Horn Lake and their home-opener against Hernando on Aug. 27. An away match at Center Hill is sandwiched between them on Aug. 25.

Ole Miss knows which 10 Southeastern Conference foes they will play in this amended 2020 season, but not when they... read more