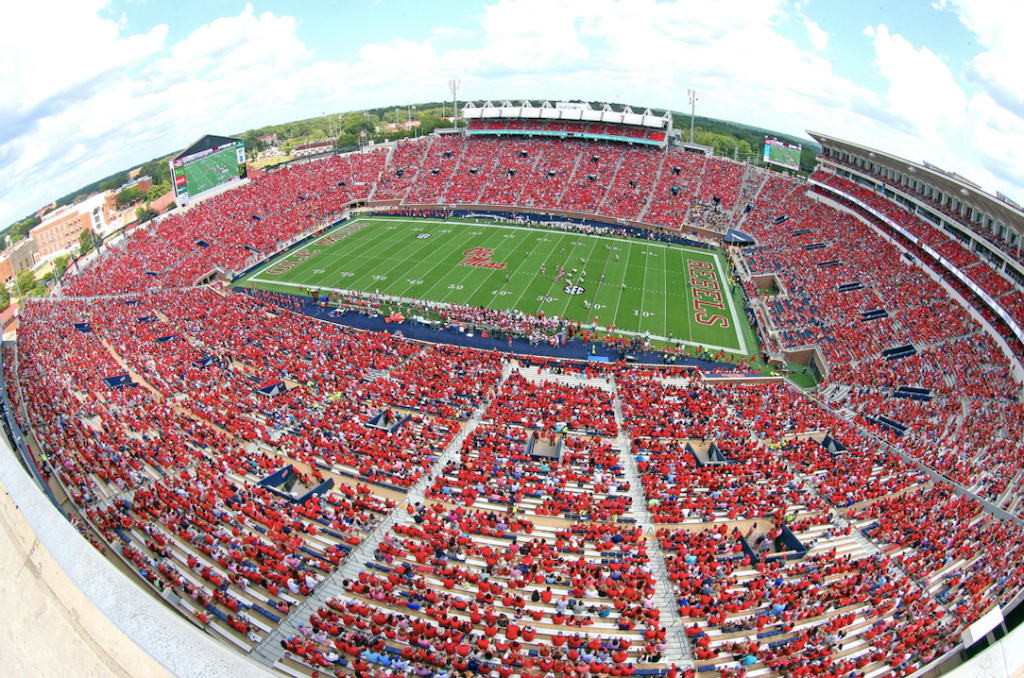 Saturdays in The Grove will be very quiet this fall.

Governor Tate Reeves announced on Thursday that all tailgating and rallies outside college footballs stadiums are prohibited this season as part of Executive Order 1519.

The University of Mississippi was still working on plans regarding the Grove and the pregame tailgating that takes place, but Reeves’ order on Thursday eliminated the need.

“I know it’s a topic that we constantly get questions about,” Reeves said. “It’s something that’s been polarizing around the country—some conferences have opted to not make any effort to play. Some states have not yet put out their plans. This is an effort, which we worked closely with the universities on, to set a floor. We took their joint recommendations, and with a little work we put this plan together. This is the minimum that each school is required to do this fall, to keep players and spectators safe while allowing college football to occur.”

There will be fans allowed inside Vaught-Hemingway Stadium this fall, but those crowds will be much smaller. Reeves’ order requires stadium all no more than up to 25 percent of their normal capacity for games.

Vaught-Hemingway’s capacity increased to 64,038 in 2016, which means roughly 16,009 fans will still be allowed to take in a game during one of Ole Miss’ five home games this season. Ole Miss athletics officials have not yet announced how they will handle seating and ticket disbursements for the upcoming season.

A breakdown of Reeves’ order regarding the stadium capacity is 25 percent in the bowl seating and 50 percent in club and suite areas. Outdoor club areas are limited to 25 percent capacity while outdoor seating in suites is up to 50 percent.

Other items included in Reeves’ latest order includes all fans over the age of six are required masks as they enter and exit the stadium and throughout the stadium, unless seated. Masks are strongly encouraged to be worn while still seated.

Concession stands are allowed to be open, but grab-n-go food and drink options are strongly encouraged. All transactions should contactless or touchless such as mobile ticketing and cashless concessions.

Ole Miss has already announced their shift to digital tickets for the upcoming season.