The Blake remains one of Oxford’s safest havens for seniors 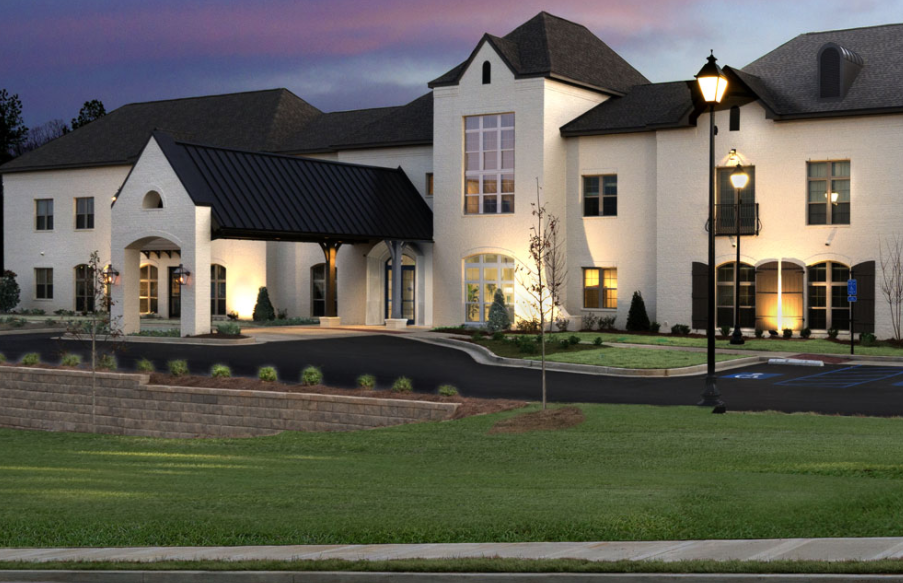 As safety in assisted living facilities continue to be an enormous concern during the coronavirus pandemic, The Blake at Oxford has not only been vigilant in taking precautions for preventing the spread of COVID-19, but maintain that their Communities are a considerably better option for some of the older population – while faced with unexpected variables that come with independent living in a health crisis.

Since senior citizens are at higher risk for severe illness, there has to be consideration for which might be the better option – particularly for those living alone – between sheltering in one place, or the alternative of living at a care facility.

Although sheltering in place is preferred by many, it’s not without its risks. Having to personally go to the grocery store or get somebody to pick up groceries for you, or even get them delivered, no doubt will increase your vulnerability, as The Blake at Oxford Executive Director Morgan Walter indicated in a recent discussion.

“In the beginning, I worried about the people that were at home, when the grocery stores were out of some items for so long,” recalled the registered nurse by trade, “but we didn’t miss a beat. We stocked up on toilet paper at the very beginning. It wasn’t the Charmin and Cottonelle that they’re used to,” she added light-heartedly,” but if they were out of toilet paper and couldn’t get any, we had some to give them.”

Also, with regard to food and daily sustenance for residents, Walter said, “they never had to worry about ‘are we going to be able to get groceries today?’ – because we serve three chef-prepared hot meals a day, and we also never missed a beat on that.”

Mrs. Walter also addressed that socialization is a huge factor, while comparing the sanctuary of The Blake to the alternative of isolating oneself at home. “We have the space and the community…the ability for them to socialize with other individuals – as opposed to being shut up in their homes with no interaction with other people,” she said. “And then, too, you’ve got those who are here providing the safety for them.”

With further regard to precautionary measures during the epidemic, Walter said, “we are committed to, and going to extreme measures to make sure, that we’re sheltering them from any exposure to the virus, with extensive screenings for our staff.” She continued, “even the residents who don’t physically receive nursing service are going through twice-daily screenings for any onset of symptoms…and have been since the beginning, so that if they were to have any signs of illness, it gets caught early. Additionally, there’s a nurse always in the building.

“I know we’ve all either had a family member or know somebody who fell and couldn’t get to the phone—so there’s that safety net as well. They’re in a safe space with people frequently checking on them to help intervene if there are any medical emergencies in the meantime – as opposed to those at home alone who may be getting checked on much less.”

The Blake at Oxford Director of Sales, Lori Hannah, described that there are two communities at the facility – one designated to assisted living and the other devoted to memory care. There are sixty-six assisted living apartments, and thirty-four memory care apartments, and the communities are “completely separate, even though we’re under one roof,” she described. Mrs. Hannah noted that memory care is specifically designed for people that suffer from various types of memory-related diseases, such as different forms of dementia, Alzheimer’s, Parkinson’s.

“It’s our goal in memory care to keep our residents busy, active, and engaged during the day, so that they are stimulated and they get the mental exercise they need – as well as the physical – so that they rest better at night…keeping their days and their nights straightened out,” she explained.

Hannah, who this year began her tenth year in the senior living industry, his to say about The Blake in admiration for what they were doing as a company:

“Blake Management Group is extremely resident-oriented, and that’s what makes all the difference in the world,” she said. “That’s why we come to work every day – to make our residents proud, and make their day…and if we’re able to tailor the things in our community to the residents that live here – their needs, their interests, their desires, their preferences – it makes for a much happier resident, and a much happier community.”

With regard to her Sales Director job title, she said, “the reason I love the sales role in assisted living – even though I don’t feel like I’m selling anything – is, I’m helping family members find the right solution for their loved ones. I’ve always been very solution-oriented,” she continued. “If you can’t come to our community… if you can’t come to The Blake because you might not meet the criteria, or it’s a financial concern…I’m going to help you find somewhere to keep your loved ones safe.”

Although they’re not currently having the regular activities that they would normally, there’s still the wide spaces, large enough for social distancing according to Walter. “For instance, right now I’m looking out the window at three ladies sitting on the porch outside and they’re socially distanced, and they’re having a wonderful conversation and coffee together,” she described.

In regard to other noteworthy activities, in their memory care program there’s an interactive system called “It’s Never 2 Late,” which is designed to engage individuals in various ways, to assist in recreating connections in a patient’s memory through special programming. This involves a large TV screen that displays everything from trivia games and Family Feud, to religious services and travel simulation, which allows one to ‘chair-travel’ practically anywhere in the world.

Also, part of the memory care programming is “Walk with Me,” overseen by Kim Taylor, the activities director and walk-with-me coordinator which involves getting biographical information on the residents from family members and interactively utilizing it to stimulate the connections in the individual’s memory.

Executive Director Walter remembered when she was informed of the direction that the facility was forced to go due to the health crisis – as far as cutting off visitation, cancelling group activities, requiring that residents eat in their rooms – she experienced some anxiety. She began thinking that patients would turn on her and not want to be there anymore, although it turned out to be the opposite case. “Every time I send out an email to the families, or send the letter out to the residents – you know, whether it’s got new news, or no changes, I get nervous thinking somebody’s finally going to be like ‘OK, enough of this,’ but I just get flooded back with responses of ‘thank you so much for everything you guys are doing’ – and that’s so reassuring,” she said.

Walter credits The Blake’s success throughout the pandemic to the absolute commitment and buy-in from their staff to making sure they’re doing everything in their power to keep the residents safe.

Mrs. Hannah attributes the full support and trust of residents’ families to their honesty and straightforwardness from the beginning. “I think they’re appreciative of the fact that we’re able to keep the residents safe, and of everything that we’re doing, and the extra lengths that we’re going in order to make sure that it happens,” she said.