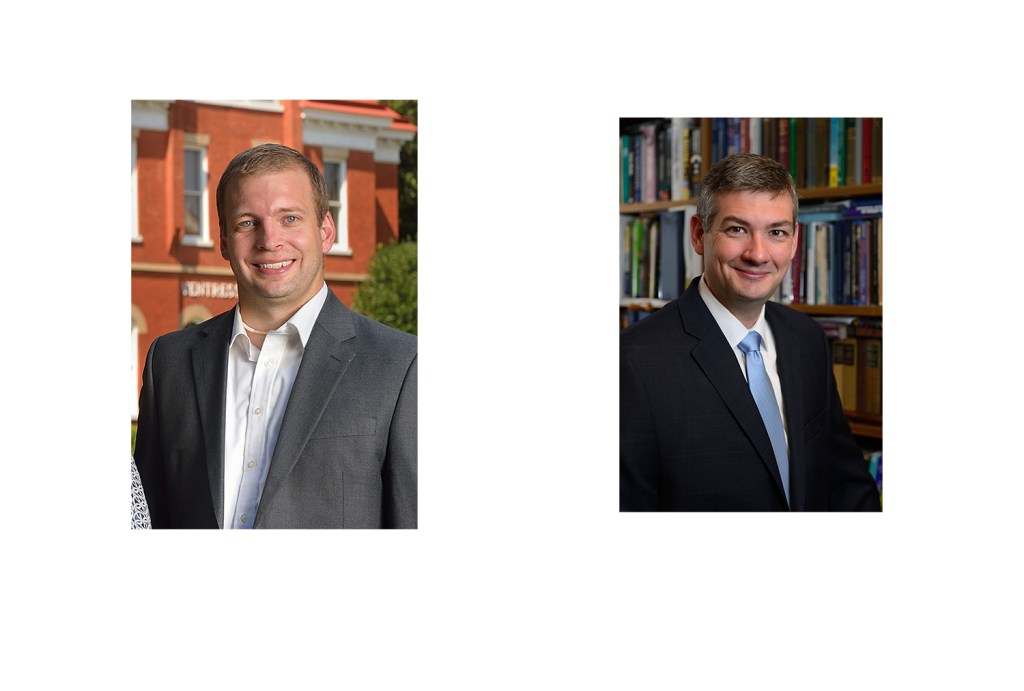 Two professors with the University of Mississippi have received a National Science Foundation award for $550,000.

Professors Jared Delcamp, an associate professor of chemistry and biochemistry, and Nathan Hammar, a Margaret McLean Coulter Professor of Chemistry and Biochemistry, required the award to further explore using lower-energy light to drive systems that will improve daily life.

“This research could enable a digital display of the road and area around the road in front of us as clear as we see it in the daylight making this situation much less dangerous,” Delcamp said. “The military has used these types of approaches for years. Unfortunately, the materials used are all very challenging to control and require impractical conditions with cryogenically frozen states. This has limited their use with the public. Replacing these materials with those like we are pursuing in our project would bring this technology into wide mainstream use.”

There are hundreds of devices working by absorbing light and then using that energy. Through their research the professors will have improved instruments including solar cells, solar-charging batteries, night vision technologies, infrared cameras and optical telecommunications.

“Higher energy photons in the visible region are commonly used in a tremendous number of ways,” Hammer said. “These are the photons (particles of light) you see every day that give color to the world around you. They are the photons that your computer screens display and the photons that are commonly used in black colored solar panels for electricity production. Lower energy photons are invisible to the human eye and are in the infrared region of the light spectrum. These photons can be thought of as heat energy and are prevalent at night and with detection cameras operating in this region images as clear as we see during the day are possible. These photons are also present during the day and can be used to turn out windows into electricity generating systems that are completely invisible to the human eye. Window to electric systems are exciting because they operate without taking any additional space on the building consuming the electric.”

The $550,000 award will fund interdisciplinary research at UM that will use a diverse range of chemistry fields that university facility explore, including organic, inorganic, materials and physical chemistry.

Plants and other organisms use the process of photosynthesis to convert lower energy light into other energy forms. Their research will lead to a better understanding of this process to help enhance artificial systems to improve a range of devices.

“Photosynthesis is a large part of the inspiration behind the project,” Delcamp said. “This is nature’s way of taking sunlight and converting it into other important forms of energy. Nature has done this process incredibly well in controlling a tremendous number of different aspects to this large process. We know we can repurpose various parts of this system into exciting new technologies such as transparent solar cells that can be used as windows, superior night vision technologies to those currently available, or as an artificial photosynthesis system designed to generate chemical fuels needed by humanity using a process similar to natural photosynthesis.”

The team will use the award to conduct outreach activities with the general public and several student groups representing a board population of campus. The goal of the outreach programs will be to encourage science, technology, engineering and mathematics involvement from a diverse student body.

“Understanding how to use lower energy photons is a key step forward for scientists in unlocking a large array of new technologies,” Hammer said. “We’ve mentioned a few above. This research is important to a substantial set of areas from consumer electronics to biological disease detection systems using laser technologies to fuel production systems that would be affected if the use of these lower-energy photons could be understood. Not only would existing technologies become substantially better, but new technologies currently inaccessible would be made possible. We are excited to have the support of the National Science Foundation in this project aimed to push the boundaries of humanity’s capabilities and scientific understanding.”

The process plan to hold a yearly summer research program that will bring STEM students onto the Ole Miss campus to conduct independent research related to the award.

Delcamp and Hammer have been working in this line of research for seven years, and each professor’s exploration goes back years before they met. Both professors have received prestigious National Science Foundation Career awards, along with other funding from additional sources, including the Department of Energy and NASA.