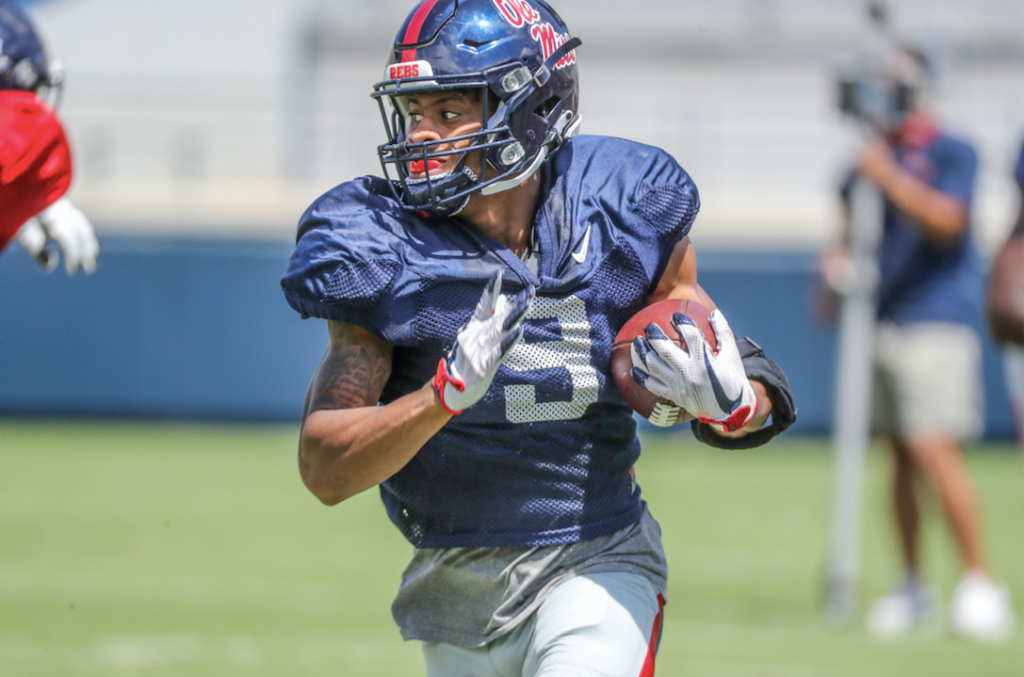 It has been a long time since Jerrion Ealy had this much downtime between seasons.

The sophomore running back is happy to be back on a practice field and wearing pads for the first time since the 2019 Egg Bowl. Usually, Ealy transitions right from football in December to the baseball in February before pivoting back to football in the summer.

This past spring was much different for Ealy, and quarterback John Rhys Plumlee, after the baseball season was cut short after 16 games due to the COVID-19 pandemic that ended the entire spring slate of sports.

From March to July, Ealy worked out in the mornings and and then relaxed at home in the afternoon watching television. It was a welcomed change of pace.

“I would say it’s been a little over a decade since I’ve had that long of a break,” Ealy said. “Personally, I kind of enjoyed it a little bit. …That’s a blessing. Some people were looking at it as a curse. No, that was a blessing for me. Got my body time to heal and get back to 100 percent. Year-in-and-year-out, I’ve never been a 100 percent. This is the closest to 100 percent I’ve ever been. Feel great. Ready to play.”

With the loss of spring practices and a scrimmage, everyone is on Ealy’s schedule in terms of returning to football in August for fall camp. The entire offense is having to learn a new system under offensive coordinator Jeff Lebby on the same time frame where as Ealy and Plumlee are usually the ones having to play catch up after everyone else had a month of practice back in the spring.

Ealy is also getting adjusted to new head coach Lane Kiffin. There have been comparisons made by some of Ealy to former Southern California running back Reggie Bush, who played during the time Kiffin was on the Trojans’ staff.

“Reggie was one of my favorite players when I was growing up, so I tried to mimic Reggie a lot,” Ealy said. “We kind of have the similar builds, same playing style. So, knowing that Kiffin was there with him and at Alabama with Kenyan Drake, TJ Yeldon and all them, it was exciting to see that. He knows what he’s doing and he also got us a position coach (Kevin Smith) who knows what he’s doing. He knows exactly how football is played and what we need to do to be the best group in the country.”

In his freshman campaign, Ealy was the team’s leading rusher among the running backs and finished second only behind Plumlee overall. He rushed for 722 yards and six touchdowns on 104 carries in 2019.

Despite the impressive numbers in his first year and landing on preseason award watchlists for 2020, Ealy knows there is room for improvement heading into his second year. Some of those improvements do not involve carrying a football.