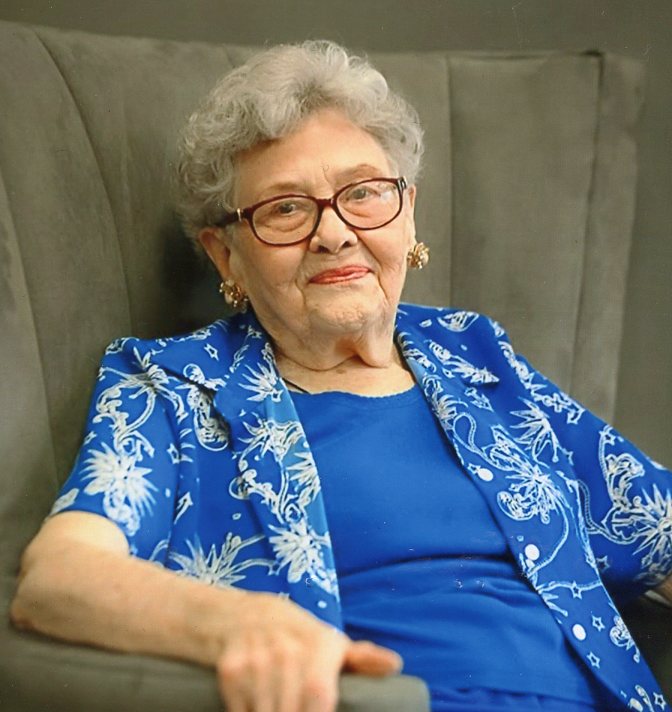 Carolyn Lulu Hipp Hester, 86, formerly of Lawrenceburg and currently of Spring Hill, Tenn., died Monday, August 24, 2020, at 8:30 p.m. in the evening after a fall and an extended illness at the home of her son.  She was surrounded by family in whose care she had spent her remaining months.

Born in Tula, Miss., a community close to Oxford, Carolyn grew up the only child of the late Louis Howard Hipp and the late Roxie Dell Harris Hipp near Potlockney Creek.  After graduating Valedictorian of her high school class, she earned Bachelor’s degrees in both English and Bible from Blue Mountain College in Mississippi.  After college she worked for the Baptist Sunday School Board (now Lifeway) before marriage took her from that job which she was very proud of.

She was married to the late Harvell Alonzo Hester for over 62 years.  His work with Southern Airways had them living briefly in Albany, Ga., Dothan, Ala., Memphis, Tenn., and Atlanta, Ga. before settling in Columbus, Miss. from 1972 until 1987.  They then resided in Lawrenceburg, Tenn. for the last 30 years until Harvell died in 2018 when she moved to Willow Springs Assisted Living to be near her son and his family in Spring Hill. She spent two years at Willow Springs where she developed many close friends of the staff and residents.  Her final two months she lived with her son and his family where she was an enjoyable personality and welcome addition.

In Columbus, Carolyn worked as a counselor’s secretary at Caldwell High School from 1974 until 1987.  She enjoyed the work and was very active at First Baptist Church in Columbus for the entire time they lived there.

In 1987, with another job transfer, the Hesters settled in Lawrenceburg on Wesley Chapel Rd.  Sometime after that, she got a job as a church secretary at Leoma Baptist Church where she worked for almost a decade.  She believed that a church secretary was a called position and she beat out 12 other candidates for the position because of that.

After that, her final job, she and Harvell traveled extensively in their Fifth Wheel travel trailer both independently and as members of the Davy Crockett Good Sam Club which they belonged to for two decades where she held the position of Club Secretary for many years.  She served as Statewide Secretary for the TN Good Sams for several years and they traveled throughout over 30 states including Alaska.

She was a member of the Highland Park FCE until its demise for over 20 years and held many leadership positions there from Secretary to President.  She faithfully attended Immanuel Baptist Church and was a member of Rose Martin’s Sunday School Class and Keith Durham’s Training Union Class, both of which she was very proud of.  She served on the Lawrenceburg Friends of the Library Committee for several years.

She will always be remembered for her unfailing practice of sending friends and loved one’s cards or notes on their birthdays and anniversaries.  She kept a calendar full of dates and would typically send out a card or two each day which were much appreciated by their recipients.  She served on the Immanuel Baptist Church Bereavement Committee and both before and after that time was forever making and taking dishes to families who suffered loss.  She was an avid reader and averaged three or more books a month for many years before the Lord took her.  She will be remembered as a kind, generous, opinionated, smiling woman with a great capacity for Bible knowledge as well as English syntax and grammar who loved her family and especially her two grandchildren.

She is survived by her son, Brooks (Mary) Hester; two grandchildren, Louis Judson Hester (18) and Rachel Naomi Hester (14); plus, numerous cousins, nieces, and nephews.  Memorials may be sent to the American Cancer Society.  Though Carolyn did not have cancer she lost her father and many friends to this disease and it was a cause she felt passionately about.