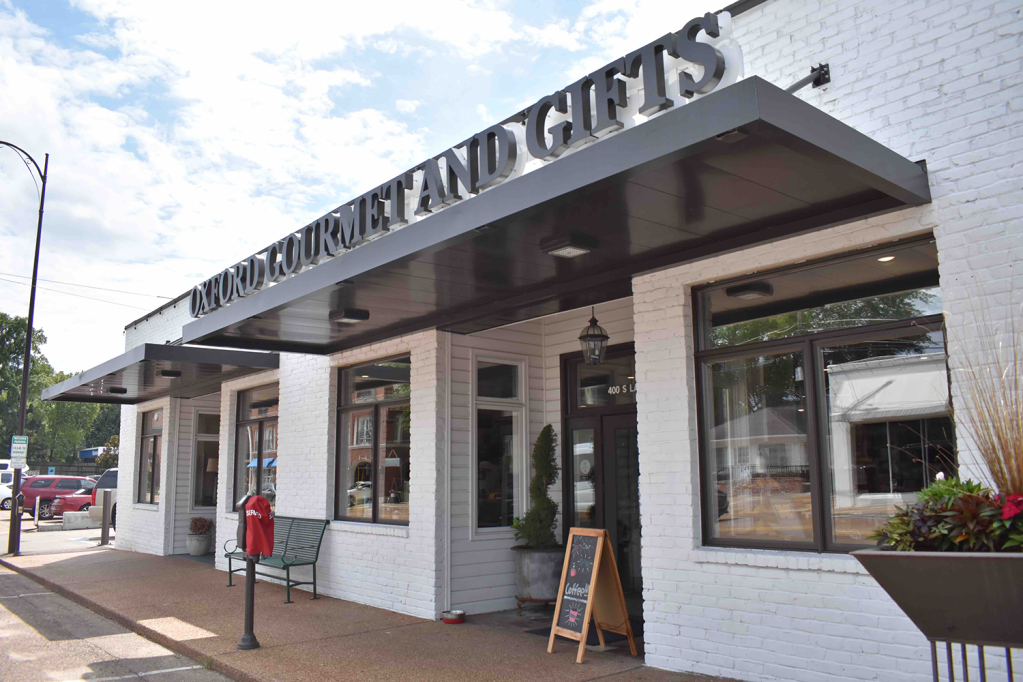 Local business, Oxford Gourmet and Gifts, has managed to stay in business despite the COVID-19 pandemic.

Oxford Gourmet and Gifts is located on the Square that offers oven-ready meals daily and features local vendors as well as a variety of gifts and accessories for sale. The store is owned by Pam Beck, who is a dietician by trade.

Beck was born into an Italian and Southern family who spent plenty of time in the kitchen. She received her master’s degree in health and fitness and worked for years as a dietician in the healthcare industry. It was her roots though, bestowed upon her by her grandmothers, that got her interested in opening up Oxford Gourmet.

“Between all of the things that we put together, I feel like its a good representation of the South but it’s got that Italian flare,” Beck said. “I love to do cheese and charcuterie boards. I’m the one that does all of those here.”

Beck and her husband, Joseph, the owner of Common Grounds Coffee, opened Oxford Gourmet and Gifts in August 2019. Since opening, they have continued to expand their business with a coffee bar and adding oils and vinegars to their inventory.

Beck believes that there are still many other avenues that can be taken to enhance the store, but some of that had to be put on the back burner due to COVID-19.

“What killed us most was that people want to taste your wares,” she said. “People want to taste what all you do and we did samples of everything. It put us on the map. So it’s near impossible to do those safely. I mean you could put it in a cup and put a lid on it but you block the smells and it just doesn’t look as appealing. It killed us.”

Despite the set back in offering samples, Oxford Gourmet managed to stay open all throughout COVID by offering ready-made meals and being very careful when it came to remaining in business.

“I don’t want to put in lots of worried nights but I did,” Beck said. “I wanted to make sure that everybody that was employed stayed employed. Just managing to the penny. I just couldn’t sit down and do a $2,000 order for this company and that company. It was like no, we’re going to do smaller orders more often and just keep going.”

Beck also believes her success in remaining open is thanks to her loyal customers, who kept the business going. However, she still has worries if the store will ever be the same as it was before the pandemic.

“We’re so happy that we were still going,” she said. “What still worries me is will it ever get to normal? Christmas was so good to us. It helped us stay afloat because we had to bring in tons of inventory and we were expanding. The next big thing was football season and COVID came before that. So just the uncertainty of those things that get you through the next push, beyond the day to day sales and stuff. That’s what kind of keeps me up at night.”