Oxford sweeps Lafayette in first crosstown meeting of the season 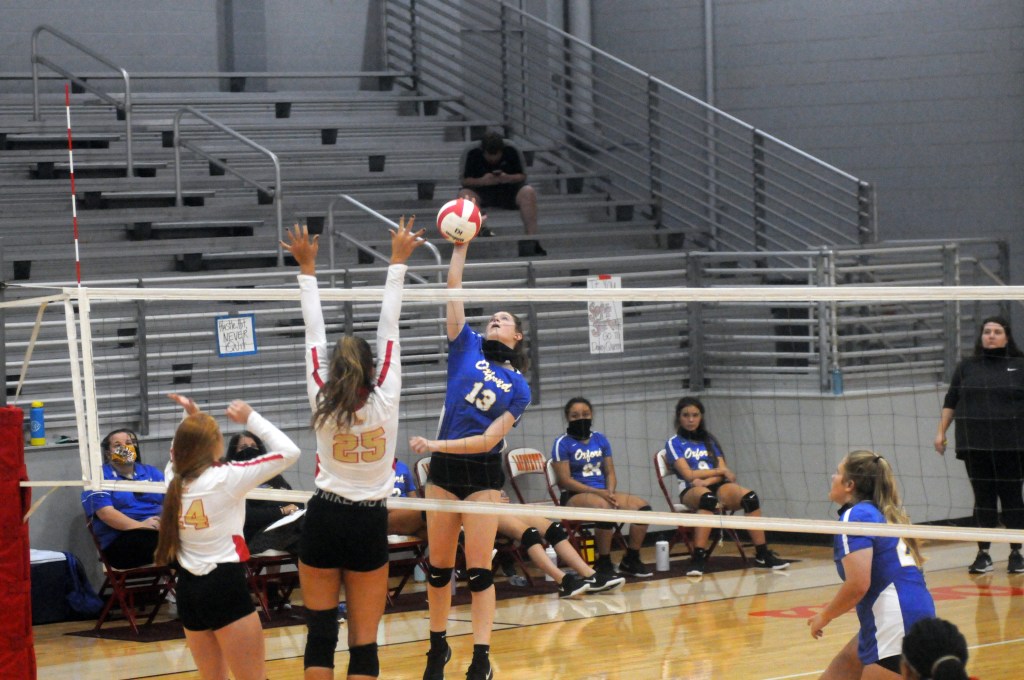 The first crosstown rivalry game of the 2020-21 season took place on Monday with Oxford and Lafayette meeting on the volleyball court.

Monday’s match marked a week into a season that has become more of a sprint to the playoffs due to COVID-19 cutting the season short by three weeks. With a little over a month left of the regular season, teams are having to find their rhythm quicker than they would need to in a normal year.

The Chargers (2-1) took control quickly, taking the opening set and the early 1-0 lead. Things tightened up in the second and third sets with the Commodores (2-1) keeping things closer than in Set 1. Lafayette took their first lead of the match late in the second set, grabbing a 20-19 advantage before the Chargers responded with a 6-2 run to close it out.

“Ainsley has really stepped up,” Martin said. “I knew she was going to come out hot tonight. She had already told me. She was like, ‘Coach I feel it tonight.’ We had some things that we talked about with her that we were going to work on tonight and she executed everything I asked her to do.”

Harmony Jackson and Kailey Gooch led the Commodores with five kills while Maggie Tower and Brennice Kennedy each finished the match with four. Chloe Carr had a match-high 12 digs for Lafayette.

After opening up the season with back-to-back wins last week, the Commodores were handed their first defeat of the season on Monday. The opportunity to bounce-back was quick for Lafayette with a matches at Hickory Flat on Tuesday and at Olive Branch on Thursday.

“We came out slow the first set and you can’t do that,” said Lafayette head coach Kelsie Poole. “Second and third set, we actually had them at our finger tips. But, we’re going to make some adjustments next time. …There’s a lot more that we can always work on but the kids are adjusting really well and that’s all we can ask of them.”

Oxford hosts DeSoto Central on Tuesday before traveling to Lewisburg on Thursday.