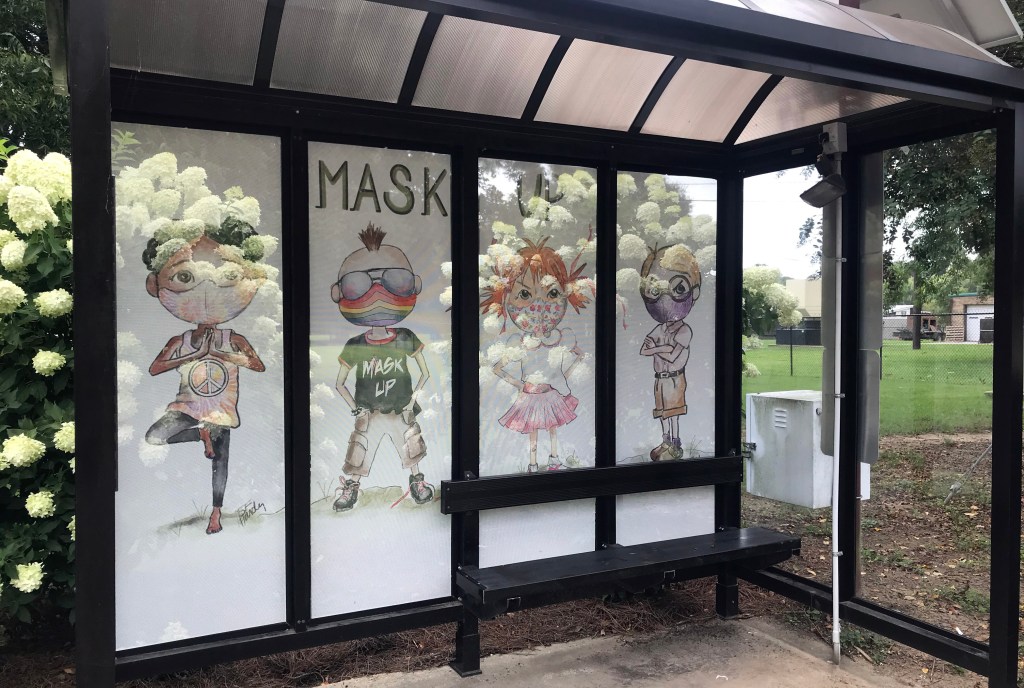 Local artists and the City of Oxford are coming together to bring some brightness to Oxford University Transit bus shelters throughout the city.

On Tuesday, the City announced Shelter Show 2020, where Oxford artists will have their designs installed onto OUT stops around the city that will feature uplifting messages or murals that are indicative of the COVID-19 environment the world has settled into in 2020.

The first mural was installed on Tuesday at the OUT shelter on Bramlett Boulevard near the city skate park across the street from the Lafayette County and Oxford Public Library.

The mural was designed by artist Sarah Frances Hardy. Hardy’s mural features three people wearing masks with the phrase “Mask Up” at the top.

“Our goal with this pop-up installment was to bring a smile to our community during these tough times and to highlight the talents of some of our locals,” said Oxford Mayor Robyn Tannehill.

Local artist Earl Dismuke collaborated with the City and asked artists to submit works that would be up for consideration to be placed on an OUT bus stop shelter. Other artists who’s designs were selected include Anne Scott Barrett, Frank Estrada and Kara Giles.

The other locations to have murals installed include University and McLarty Road, in front of the OUT facility on McElroy Drive and at 800 Park on College Hill Road. The remaining murals will be installed in the coming weeks.

The unlikely father/son relationship of Tim Turner and Cordarius…