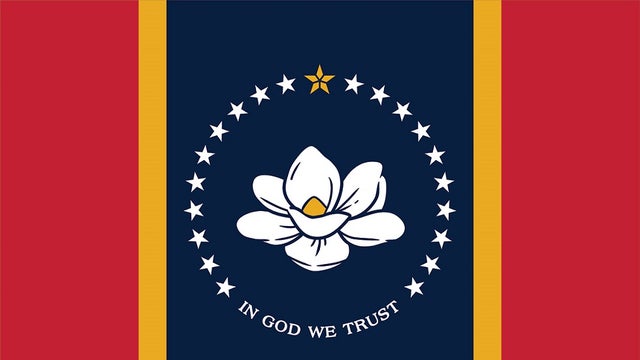 The Mississippi State Flag Commission have made a decision on their choice for a new state flag.

On Wednesday, the flag commission voted 8-1 in their choice of flag. They chose the New Magnolia flag over the Great River flag.

“We had more than 3,800 submissions for the flag,” said Oxford Mayor, Robyn Tannehill. “It was so exciting to see Mississippi residents taking an interest in the design of the flag. We had designs that were submitted on notebook paper and done with crayon. We also had designs from professional designers.”

The design features a magnolia in the center of the flag with 20 stars surrounding it to represent Mississippi as the 20th state of the United States of America. Of these stars, one single star, made of diamond shapes, is to represent the indigenous tribes and those who lived here long before Mississippi became a state. The color blue in the main field echoes the blue of the American flag which represents vigilance, justice and perseverance. The red bands on either side of the blue represent hardiness and valor. The gold lines and new magnolia are a representation of the rich cultural history of Mississippi.

“The New Magnolia is a fresh take on the magnolia,” said Tannehill. “I mean most people know that Mississippi is the magnolia state… I think the design represents everyone and that this is a flag that everyone can unite under.”

The commission also approved that a change be made to rename the flag to the “In God We Trust” flag.

The final choice for the flag now goes to Mississippi voters as they decide whether or not to accept the flag during the November election.