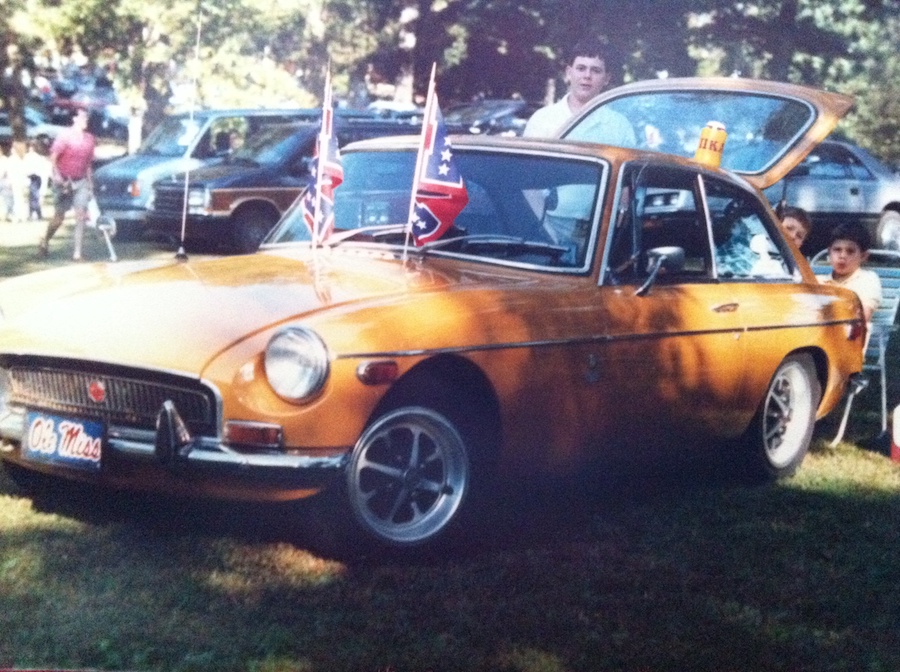 After a huge Coronavirus “alteration” to our Ole Miss 2020 football schedule, ten SEC games only, on August 20, Governor Tate Reeves limited stadium capacity to 25% and banned tailgating – y’all know what impact that will have on our world-class Grove experience!

In November 1988, I arrived in Oxford for the second time (long story) to interview for a position at Ole Miss, was hired, and began working that December, accepted into the Counseling Ph.D., program – finally completed on my birthday, May 10, 1997 and humbly as President of the Graduate Student Council!

So proud to be part of Ole Miss, Oxford, and couldn’t wait for football season and our legendary football tailgating in the beautiful 10-acre grassy area “The Grove” where cars were allowed to park on game day; Billy Brewer, Coach, Gerald Turner, Chancellor.

Passing my St. John the Evangelist Catholic Church could hear the Ole Miss band and resisted the urge to walk faster. Traffic was bumper to bumper, cars parked everywhere on University Avenue – curbs, grass, sidewalks, forcing we “ants” to weave around and through them.

Crossing 1858 Eugene W. Cuthbert Bridge, and although forewarned, was overwhelmed by the most extraordinary sight of my life – the Hallowed Grove was transformed from a beautiful, peaceful green space, into an amazing vibrant mass of red and blue tents, cars filling in-between, with thousands of impeccably dressed people, including opposing visitors, having a swell, Hotty Toddy time.

Standing on the Yerby Center sidewalk (now working as a Graphic Artist…long story) gazed across the Grove and my mouth was wide open. The Grove had changed so much as I navigated through it that I hardly knew where I was. Some “tents” were ornamented with chandeliers hanging above white-clothed tables covered with enough food on silver platters to feed a small army; adult beverages were abundant. It became quickly obvious that generations of Ole Miss Rebels were celebrating and passing on time-honored elegant traditions.

An hour before the game, following slow-moving streams of people to the stadium, found my seat, and absorbed the pre-game activities. Unreal! We won the game 34-31, as I learned how to “Hotty Toddy” while continuously pinching myself that I was actually employed by The University of Mississippi and was part of this fabulous SEC sports spectacle as a new Rebel.

Two weeks later, Saturday, October 14, 1989, a beautiful fall day, sons Stephen, Scott and Shane and I attended the Georgia game (won 17-13) and we tailgated in the Grove for the first time in my 1971 MGB/GT. It is unreal to – think that all four of us used to fit in the MG as we raised the rear hatch, ate our picnic meal, and were blown away by the spectacle before us!

After back-to-back waterlogged weekends in 1991, cars were forever banned from the Grove and colorful tents rapidly filled the vacuum vacated by cars.

As always, ladies in sundresses, wide-brimmed hats and sunglasses, gentlemen with coats and ties, and kids of all ages (there is no age on game day) were present by the thousands. This change allowed more people to enjoy the Grove in a civilized manner, preserved the landscape, and created an entirely new and unique Ole Miss tradition which continues to transform.

This year, like the rest of our lives will be different, but we are Oxford Strong, will get through this rubbish, and emerge Hotty Toddy stronger – good luck Coach Lane Kiffin and GO 2020 REBELS! Mask-up, y’all!!

PS: Please, please for you and all of us – be smart this Labor Day weekend!!

Steve Stricker received his Ph.D. in Counseling from Ole Miss (The University of Mississippi), lives in Oxford, and can be reached at sstricke@olemiss.edu.