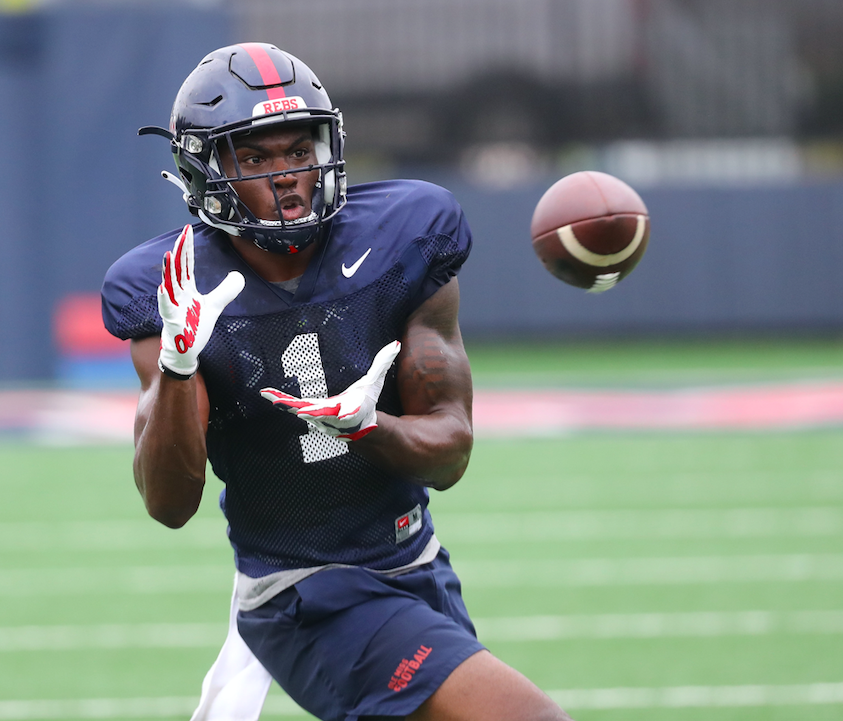 There was plenty of hype and fanfare surrounding Jonathan Mingo last fall, but not all of the expectations were met.

When the Brandon High School star wideout signed with Ole Miss, Mingo was expected to help fill the wide receivers’ space that was missing D.K. Metcalf and A.J. Brown, who are now playing football on Sundays in the NFL.

Unfortunately, Mingo’s freshman season did not provide many fireworks or big plays. He started all 12 games for the Rebels, but caught just as many passes. In an offense that saw more running, including from quarterback John Rhys Plumlee, Mingo did not have the chance to shine and showcase the talents that people were expecting to see every Saturday.

After an offseason without spring practices and a summer that included limited workouts, Mingo has taken advantage of fall camp to try and work his way back into a starting role and better his skills.

Along with the 12 catches, Mingo finished with one touchdown and 172 receiving yards in 2019.

In 2020, Mingo should get more chances to be targeted and beat Southeastern Conference defensive coverages to make explosive plays with a new offensive system being installed. First-year head coach Lane Kiffin, who is known for his air-raid offense, along with offensive coordinator Jeff Lebby, should provide the wide receiver plenty of chances to shine this fall.

The other issue to get sorted out before Mingo can make those catches, is figuring out who will be making those throws to him and the other receivers. Plumlee and Matt Corral have been in a heated quarterback competition, trying to determine who will get the starting nod in the Rebels’ season opener against Florida on Sept. 26.

In a pass-oriented offense, it appears Corral has gained the edge over Plumlee in the early scrimmages of fall camp. There are still over two weeks remaining before the Rebels tee it up against the Gators. No matter which quarterback gets the start, Mingo knows he must be ready to do his job, regardless.

“At the end of the day, I just have to make sure when the ball comes my way, I make the best of my opportunity and do my job,” Mingo said. “It doesn’t matter which quarterback is out there. I just have to do my job.”

The Rebels and Gators will kickoff at 11 a.m. on Sept. 26. The game will be televised on ESPN.