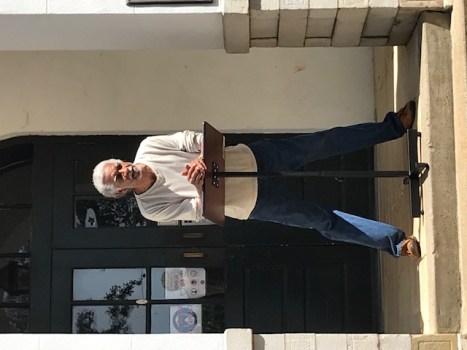 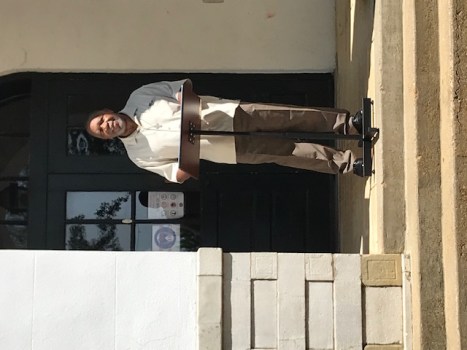 Alonzo Hilliard who served seven years in the U. S. Air Force Reserves. 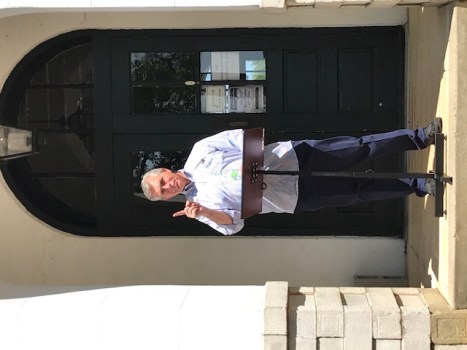 Jamie Barnett, a retired Rear Admiral in the U.S. Navy 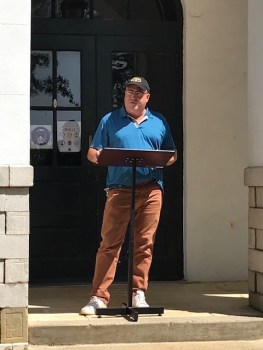 Three Lafayette County veterans and a prominent local business owner voiced strong support for relocating the Confederate statue from the center of the city and county on Labor Day at the “Labor of Love” rally organized by local citizens with LOUnited on the lawn of the County Courthouse. Organizers also provided opportunities for citizens to register to vote, prior to federal elections in November.

Lafayette County’s Board of Supervisors and Oxford’s Board of Aldermen currently are evaluating who owns the property where the statue, erected in 1907, has stood facing south for the past 113 years.

“I served 21 years in the U.S. Air Force and I love this country and I love Oxford and Lafayette County. The Confederate statue, its meaning and purpose, is no different than the knee on the neck of George Floyd. Our community and county is better than this; America is better than this. Now is the time to stand up and be all that we can be as a united people,” asserted retired Major and Lafayette County resident Jerry Townsend.

Also speaking at the holiday event were Jamie Barnett, a retired Rear Admiral in the U.S. Navy, Alonzo Hilliard who served seven years in the U. S. Air Force Reserves and John Currence, a local business owner on the Square for the past 30 years.

“My first day in the Navy, I swore ‘to support and defend the U. S. Constitution against all enemies, foreign and domestic.’ This statue is an affront to our Constitution and the rights of black citizens, of all citizens. It was meant to be part of a campaign of terror. There is nothing holy and honorable about taking arms against your own country,” Admiral Barnett insisted.

The Labor Day rally is part of a continuous effort by hundreds of local citizens calling for the statue be relocated as provided under state law. There have been weekly public rallies, marches, press conferences and testimony in support of this change for the past four months. University athletes also have joined local residents in calling for the relocation. Arami Harris, LOUnited volunteer leader and rally organizer challenged rally goers to continue their drumbeat of support.

Linda Bishop, a local resident and President of the League of Women Voters Oxford/North Mississippi, organized voter registration at the event and urged all local citizens to exercise their rights in our democracy by voting and making citizen voices heard.

“We call upon the better angels in each of us to stand up for what is right and we ask that all citizens join us in demanding this long-overdue change. We are living in the 21st Century. There is no place for a symbol of hate, division, lynching and discrimination. We must be honest and come to grips with our history. White superiority still exists and must be eradicated forever, starting with our symbols,” advocated retired First Lieutenant Hilliard.

“The Confederate statue on our Square is the hood ornament of our city and county. It is the first thing a person sees coming into our community. The statue has never given me a sense of warmth and pride as a white person. But I know it gives hundreds and thousands of our African-American citizens and visitors anxiety and absolute anguish to see this symbol of a war fought to uphold the institution of slavery,” acknowledged Currence. “It is a menacing reminder of the racism of yesterday and today. We need to all be speaking out for its relocation,” he added.

Currence, who owns and runs four local restaurants, was part of a video interview including 11 business men and women who are calling for the statue’s relocation. The video can be viewed on YouTube  https://youtu.be/4alTtTS7xVA.

“Hundreds of active citizens, faith leaders, city elected officials and now veterans and business leaders are stepping up and voicing their support for Oxford and Lafayette County to become the united community we want for all citizens. We must continue our efforts and support leaders who have the best interest of our entire county at heart,” concluded Ms. Harris.