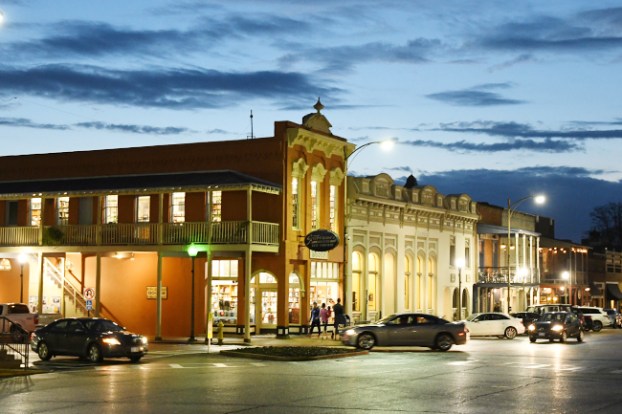 With the weather turning cooler as the calendar gets closer to Fall, restaurants around the Downtown Square will soon be able to offer outdoor dining.

The Oxford Board of Aldermen voted in favor of a resolution that will allow participating restaurants the option to offer outdoor dining in front of or near their establishments. The option will also allow the restaurants to have more customers due to the COVID-19 restrictions in place, limiting indoor capacity.

Restaurants will use adjacent parking spaces that will turn into an outdoor dining room. The city is providing bicycle racks to serve as a perimeter. With the sidewalks at each restaurant blocked off due to the outdoor areas, the city is also installing ADA compliant ramps to allow for everyone to get off and back onto the sidewalk on the other side of the ares without issue.

The city was not allowed to donate, or give away, the spaces to each participating restaurants and had to lease them out. The city had the spots appraised by two companies and the average value of each spot was $192.50 per month.

In the resolution that was passed, it states each restaurant that signs up for the outdoor dining spaces will pay an initial fee of $489 for the first month which includes a one-time, non-refundable fee in the amount of $104 for the cost of an appraisal, and then $385 for the following two months. The leases run for three months.

During Tuesday’s meeting, First National Bank made a donation of $3,000 to help cover the cost of the restaurant’s first month rent.

“We were looking for any number of ways that we could help and we decided to put our money where our mouth is,” said John Barret, president and CEO of FNB.

Restaurants must now send their floor plans of their outdoor dining areas to Mississippi’s Alcoholic Beverage Control for approval. Once they get approval from the ABC, restaurants should be able to begin setting up their outdoor areas next week.

Oxford Mayor Robyn Tannehill said during Tuesday’s meeting that three of the participating restaurants received citations by the Oxford Police Department this past weekend for being in violation of COVID-19 mandates. The Board discussed putting in a penalty of a restaurant losing their outdoor dining license if they received a second violation, but did not do so.

“I believe 90% of our businesses are doing the right thing,” Tannehill said. “But for those who choose not to, I don’t think they should have the privilege (of offering outdoor dining).”

Pope Mallette, attorney for the city, reminded the Board the licenses can be revoked “at-will” by the city, including if the outdoor dining proves to not be working out after the first few days, and the penalty was not needed in the resolution. The citations can also be appealed

The issue of rightful ownership over the Confederate statue located on the Square continued last week. In a response to... read more