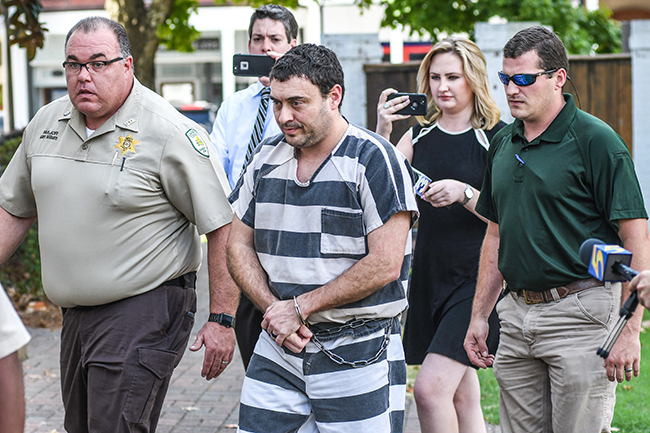 The lawyer for Matthew Kinne, the former Oxford Police officer charged with capital murder, has requested a psychiatric evaluation and competency hearing on behalf of his client.

Tony Farese, Kinne’s defense attorney, filed the motion, dated Sept. 11, on his client’s behalf with the Lafayette County Circuit Clerk’s office. Kinne, who served on the OPD mounted patrol, is facing a capital murder charge in the death of Dominique Clayton.

Clayton was found murdered in her Brittany Woods home on May 20, 2019. Kinne, who allegedly committed the murder, was arrested two days later and subsequently fired from OPD.

The motion states that Farese believes his client is “in need of a psychiatric examination by a competent mental health professional and that the is in need of psychological testing” in order to determine if Kinne is mentally fit to stand trial.

Farese’s motion is based upon interviews he conducted with his client, according to the document.

Rule 12.1 of the Mississippi Rules of Criminal Procedure states that “in order to be deemed mentally competent, a defendant must have the ability to perceive and understand the nature of the proceedings, to communicate rationally with the defendant’s attorney about the case, to recall relevant facts, and to testify in the defendant’s own defense, if appropriate.”

An insanity defense may be used by the defendant’s counsel. The motion states that Farese has requested a mental evaluation of Kinne, which includes an investigation and analysis of the defendant’s mental condition at the time of the alleged offense with respect to Kinne’s ability to know the nature and quality of his alleged acts and to know the difference between right and wrong in relation to his alleged acts at that time.

Kinne was indicted by a Grand Jury last August and is still awaiting trial. The case was set to be heard in front of a jury in late April, but the COVID-19 pandemic forced the trial to be postponed. October is the next circuit court trial session in Lafayette County, but with this month’s motion, the case may not be presented to a jury until 2021.

A ruling by a circuit court judge has not been filed regarding the request for a psychiatric evaluation and competency hearing.