Caring for Hearts At Home 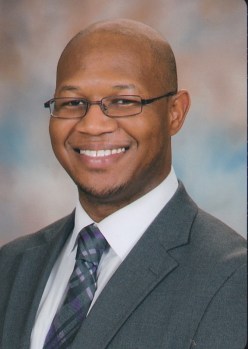 Dr. Kevin Hall, an interventional cardiologist with Stern Cardiovascular, and his team, performed the first Transcatheter Aortic Valve Replacement (TAVR) at the Oxford hospital in early September. The team has since done three more operations at the hospital. Previously patients had to travel elsewhere to have it done. The minimally invasive procedure to replace a damaged heart valve replaces an extensive open-heart surgery, allowing for less recovery time in the hospital and following the procedure.

“This is a procedure that has been around for several years but most recently we started offering it to our patients here in Oxford and the surrounding area,” said Hall.  “Aortic stenosis is a progressive condition where the main heart valve becomes tight and calcifies. Over time we typically see the valve get tight as we age, and that valve is one of the main reasons why patients get symptoms like fatigue or shortness of breath. The only way to treat it, is to replace that valve,” he said.

Aortic stenosis is common condition affecting one of every eight individuals over the age of 75, according to Hall, who said an estimated 2.5 million Americans currently suffer from the disease. Symptoms include fatigue, shortness of breath, pain and swelling in the feet and ankles. Patients often are so short of breath they cannot do even simple tasks like walking to the mailbox, he said.

“The average patients’ survival is two years without treatment, it is vitally important at the onset of symptoms, or ideally before, that we are able to help these patients and lead them toward some type of treatment solution,” said Hall. “Before TAVR came along, the only way we could replace the valve was by open heart surgery. Now we’ve advanced to a day and age where we can replace the aortic valve by a single puncture in an artery in the groin. We can travel up the aorta, which is the main highway to the heart and replace the valve in the heart in minimally invasive ways.”

A TAVR replacement takes about an hour compared to four hours for open heart valve replacement and a patient is only required to stay over night in the hospital versus several days. Long term recovery time is also significantly reduced.

“This is such a needed procedure that it is great to have this procedure to offer it to the community of Oxford and the surrounding area. Sometimes patients are able to travel out to the bigger centers. Aortic stenosis is so prevalent, particularly in patients over 75, giving them this option at a local hospital is something that is very beneficial. It is good for them and good for their families,” he added.

Carl Rutherford, a 73-year-old from Grenada was the first patient to receive a TAVR at Baptist Oxford. Before the procedure Rutherford said he felt slow and sluggish all the time – he didn’t feel like doing anything – including working on his beloved motorcycle. After visiting the hospital for an unrelated problem, doctors discovered he was suffering from aortic stenosis, and Dr. Hall advised him he was a good candidate for the TAVR procedure.

Within hours of the procedure, Rutherford said he noticed a big difference in the way he felt. “Even in my hospital room, when I got back to there, I was feeling 50 percent better and it has even gotten better,” he said noting his breathing immediately improved and the feeling he had lost to his feet began to return too.  “I felt like getting up and doing something right then,” he said.

Today, the Vietnam Veteran is continuing to grow stronger and more active as he completes his cardiac rehabilitation. “I feel like getting out and doing stuff but I am limited to what I can do, I have to take it slow,” he said. “It is kind of like having your freedom back. Just like right now, I’ve been out working on my motorcycle this morning. Before it was just sitting there, before I didn’t even have the want to.”

That is exactly what makes this procedure so gratifying for doctors too, said Hall. “These patients had previously lost their quality of life, and we are now able to have these patients in for this minimum invasive surgery, have their valve replace and the next day they feel like a million bucks.

“We give them back their quality of life. That is what is so gratifying about this procedure. They come to you at their worst and they have so many symptoms. This intervention alone is able to get them out enjoying life again,” he said. “We want to give good outcomes to our patients. We have a great team of doctors and heart team members that are dedicated to our patients and we are really making sure that our patients and their families have good outcomes as it comes to aortic stenosis and the treatment of it.”

Dr. Hall is a native of Tupelo. He attended the University of Mississippi, earning a B.A. in biology in 2004. Following a two-year research fellowship at the Harvard Medical School, Brigham and Women’s Hospital, he attended Georgetown Medical School. He then spent three years in an internal medicine residency at The University of Chicago followed by four years in fellowship at Wake Forest University in cardiology and interventional cardiology. He joined the staff at Stern Cardiovascular in 2019. He is certified by the American Board of Internal Medicine, Cardiovascular Disease and Interventional Cardiology.