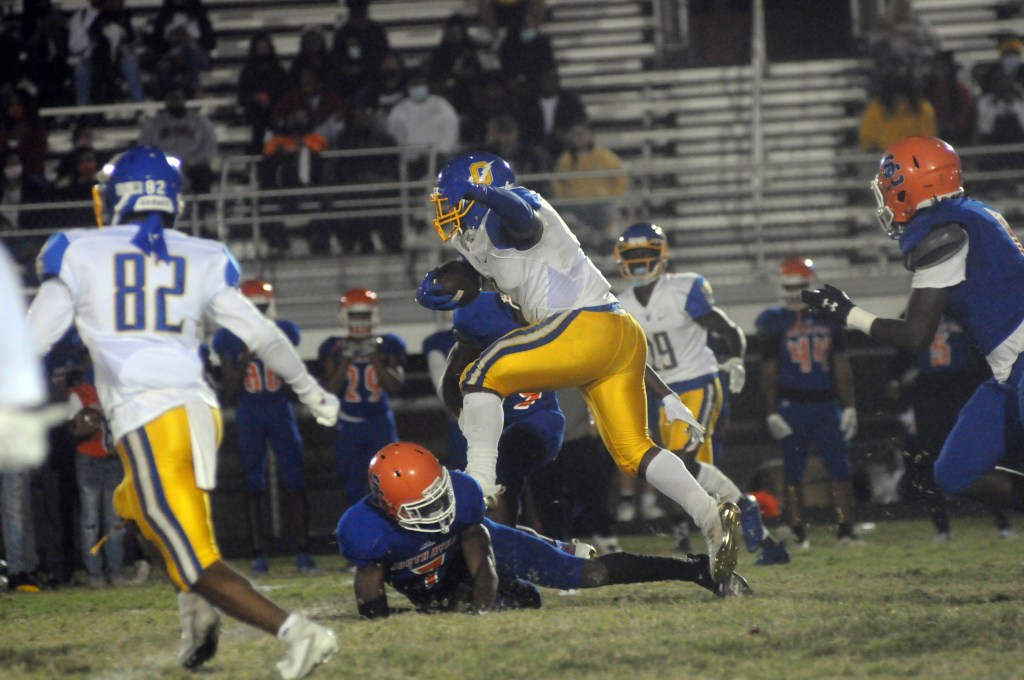 SOUTHAVEN — Oxford has mastered the art of a comeback.

Down by 20 points in the second half, the Chargers rallied with the help of timely defensive plays and the leg of Jack Tannehill to defeat the Southaven Chargers 31-28 at Southaven High School

The defending Class 6A champions outscored Southaven 23-10 in the second quarter to extend their winning streak to 16 games. Friday’s win is the largest comeback win in program history.

“I am proud of the effort we played with to respond after being down big at the half,” said Oxford head coach Chris Cutcliffe. “We’ve got to play better early in games. There’s no doubt about it. …I don’t think we made any huge scheme adjustments. I think we executed better.”

The game got off a solid start for the Chargers of Oxford (3-0, 1-0 1-6A), scoring on their opening drive with an eight-yard touchdown catch by Rush Harmon for the quick 8-0 lead following a successful two-point conversion. The scoring drive was set up thanks to a muffed punt return by Southaven at their 20-yard line.

From there, the game took a turn as Southaven weathered a slow start and managed to put a few scoring drives together to go into halftime with a 18-8 lead.

Southaven (1-2, 0-1) added 10 more points quickly in the third quarter off a safety when Oxford quarterback Michael Harvey was sacked in the end zone then another touchdown and converted two-point attempt the ensuing drive.

From there, Oxford woke up when quarterback Trip Maxwell found Trenton Brannon for a 33-yard touchdown.

The biggest spark of the game came from senior linebacker Tristan Shorter. On Southaven’s next possession following Brannon’s score, Shorter intercepted a pass at the line of scrimmage and dragged nearly the entire Southaven offensive line 15 yards to the end zone for the score to make it a 28-22 Southaven lead late in the third quarter.

Shorter also had an interception late in the fourth quarter to help seal the win for the Chargers.

“I tell people all the time, Tristan just has a knack for the big play,” Cutcliffe said. “If there’s a big play that needs to be made, Tristan’s going to make it. He’s done it for three years for us and it doesn’t even surprise any more to see it, because he does it every week.”

Tannehill completed the comeback, scoring Oxford’s final six points off field goals of 24 and 37-yards in length, respectively in the closing minutes of the game.

“We’re spoiled, I think.” Cutcliffe said of his kicker. “We’ve had a lot of good kickers at Oxford over the years and we’ve been very lucky about that.”

Oxford returns home next week to host Lewisburg for Homecoming. Kickoff is set for 7 p.m.