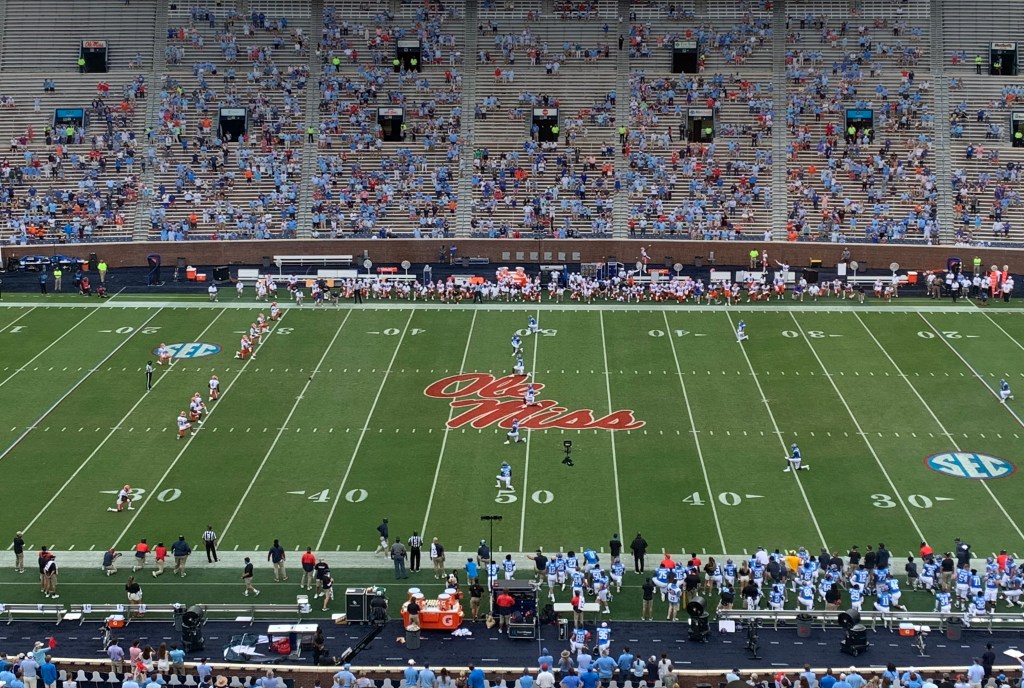 Ole Miss and Florida kneel before the opening kickoff as part of a planned pre game demonstration against social injustice at Vaught-Hemingway Stadium on Saturday, Sept. 26, 2020. (Jake Thompson/Oxford Eagle)

Prior to Ole Miss’ season opener against No. 5 Florida, both teams took part in a pregame demonstration against social injustice.

Ahead of the opening kickoff, both the Rebels and Gators kneeled with Florida taking a delay of game penalty. The pre-planned demonstration was mentioned by Rebel head coach Lane Kiffin on Monday.

“As members of the Ole Miss and Florida football teams, we recognize the impact of our personal platforms and are choosing to amplify the issues that directly impact us,” read a joint statement from both teams. “Together we have chosen to take the opening series of today’s competition to acknowledge the unrest in our country surrounding the treatment of African Americans. We will continue to support social justice efforts as members of the Southeastern Conference and members of our respective communities.”

The Rebels have been vocal throughout the summer, holding a Unity Walk on campus in June. Ryder Anderson and MoMo Sanogo also helped organize a march in July called LOUnited, which was against police brutality and calling for the Confederate statue located on the Oxford Square to be moved.

Last month, the team also marched from campus to the Square, where they called for the statue to be removed once again as well as speaking out about other national issues.